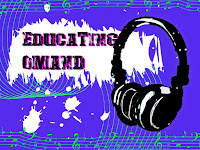 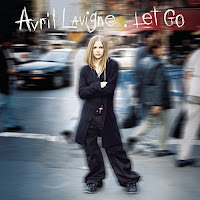 In an effort to further her musical education, Susan Omand has been set "homework" of listening to albums released after the 1980s that she has missed out on. This time she has to Let Go with Avril Lavigne...

You know how, in school, there was always that one subject that you tried your best to avoid because you just didn't get it? For me it was gym class. I could get a 200m start in the 400m and still come last and the teacher got as far as telling me not to bother even getting changed on high jump days because I had this mental block about jumping up onto the crash mat which meant that I couldn't even clear the bar when it was only a foot high. Anyway, in this music "education" listening list that I'm working my way through, Avril Lavigne is my gym class - I just don't get it.

I'd heard of her before of course, mostly because she was married to Chad Kroeger from Nickelback for a while. Now, now, stop laughing - Nickelback were a great band before they killed their own discography and became a one hit wonder due to that utter travesty of a Rockstar song. Seriously! I'd seen them play live several times before that and you only have to listen to Curb or Silver Side Up to... what? Oh yes. Sorry. Back to Avril Lavigne.

Undaunted (well, maybe a bit daunted) I put on the album for a listen to see if my music-related athletic analogy had reached Olympic proportions without me realising and discovered I had heard four of the songs from the album before because they had hit the charts back in the day and were never off the radio when I was on night-shift at work. There's the big hit Sk8er Boi (that's the yoof spellingz apparently) then I'm With You and Losing Grip. I even found myself absent-mindedly humming along to Complicated.

And I think "absent minded" kind of sums up the whole of the rest of the album for me too. There's just nothing to catch the interest, nothing exciting, experimental, new or innovative. It's all the same formulaic, generic hum-along poppy stuff that was teen chart fodder back then. Don't get me wrong, it's not a bad album, it doesn't grate or annoy me at all - to be honest I wish it did because then I'd have something to write about at least. Avril Lavigne's album Let Go commits a much bigger crime towards music than Nickelback ever did - because this album's just boring.