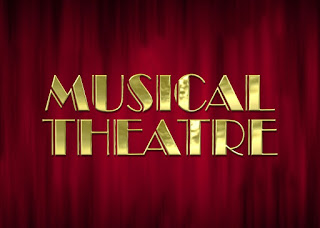 OK, not really VentSpleen: The Musical, but a reminder from earlier this year of VentSpleen's thoughts on that most divisive of theatre genres, the musical...

"It appears to be a play where all of the dialogue is sung.... that is the stupidest thing that I have ever heard" Nick and Nigel Bottom....

In the Broadway Hit Musical, Something Rotten, two playwrights are attempting to write a hit musical before Musicals are even a thing. Thanks to a dubious tip off from a Soothsayer, Nick Bottom is convinced that Omelette, The Musical is going to give The Bard a run for his money. Nearing the end of the first act and as a desperate attempt to school his younger and disbelieving brother of the hit potential that a musical represents, the song 'It's A Musical' is performed (with high kicks, glittery poofs and a distracting dance break) Therefore it is my intention to choreograph a path through the whole musical debate. So is a musical Miserable or is it 'Les Miserables'

If you want to discover which side of the argument you lean towards in regards to the whole Musical thing then let me give you two examples. In the smash hit Miss Saigon, our GI hero (Chris) spends a night of passion with a prostitute and falls for her. Saigon is about to explode with violence and the Americans are about to beat a hasty retreat across the pond but, for Chris, the morning Vietnamese sunrise has never felt so good. With this heady mix of emotions burning at his core, Chris erupts into song and the strident and moving "Why God" has audiences on the brink of tears and totally captivated by its raw power. If you are reading that and nodding your head with tear glistening eyes then, you are a fan of musicals. If, on the other hand, you are shaking your head in disbelief and ranting about how insane it is that audiences are supposed to believe that this in any way believable. Then you are not! Second, example, in Les Mis the tragically misguided Parisian students are finding that they are all on their own and, with the full might of the French army about to rain bloody hell on them, they find time to fire off a contingent of catchy musical numbers that serve to underline their plight. It's all about Enjoras and that flag if you ask me! If you are left in a kind of blubbery mess at the thought of Eponine's fall of rain and Gavroche's brave act of self-sacrifice then you LOVE musicals. If you think that wasting your money on nearly 3 hours of this bottom numbing nonsense is the definition of insanity, you don't!

Musicals divide people into two camps you either love them or you hate them, there is no musical middle ground. Sure, there are some that you don't like - I hate Annie with the sort of burning passion that could teach Valjean what true driving hatred can do to a man, and don’t get me started on Oliver,  but give me tickets to Phantom, Chess or The Lion King and I am yours! I have no problem with a plot being developed and accentuated by the sort of production numbers and well sung performance that just makes my heart soar. I feel alive when I empathise with pain or emotion expressed through the medium of song. I have no issue with the fact that in real life no one goes through their experiences singing all the time (well most normal people don't). If you remember there was an episode of Buffy (Once More with Feeling) where everyone was cursed to sing about every aspect of their lives. It was insane, but it was insanely good. That’s my point really, you can’t persuade someone who thinks musicals are awesome to believe anything contrary. Conversely, someone who would rather undergo hours of root canal work than sit through even a minute of Phantom of the Opera will never agree with you that they are wrong. Musicals are amazing because they provoke such powerful responses in us and this is the source of their power. I would suggest that the reason for such opposing feeling could be down to how our brains work. Creatives who have no issue with dreaming and producing work that transcends barriers are used to pushing the bounds of reality. Theirs’s is world that focuses on proving the impossible is possible and challenging preconception on a daily basis. Creative people are going to find no issue at all with actors singing about their feelings and would have no barrier to their hearts aligning with the feelings conveyed. On the other hand, people whose brains are more logical and utilise their brain power in different arenas are more likely to find this a challenge. Theirs’s is a word that is fact based and logical with little room for flights of fantasy. The jump that is required to accept sung verse in normal life is just too much to ask and they dismiss it as such.

With all these things there are exceptions and I know at least one person who is incredibly straight laced and fact focused who, on the odd occasion, loves defying gravity at the odd West End show. I don't see any end to the debate and both opinions are valid. I also believe it depends what you go to theatre for and what floats your boat. There is plenty of room for musical lovers and haters and I believe it is more important that you go to the theatre rather than what you see. Me? Well I have a pink feather boa that is a proud merch purchase from Priscilla, Queen of the Desert. After all, it’s all about the feathers!