Music - When The Support Band... 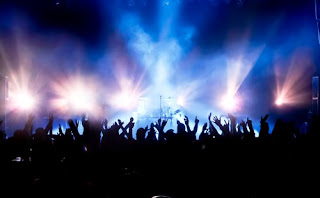 Marc Nash remembers his youthful days and nights attending gigs at he looks at When The Support Band Blew The Headliners Off Stage...

Okay you’ll have to allow me a bit of poetic licence with that headline. In my gig-going days, there were plenty of dreadful support acts playing to sparsely populated halls which would only begin to fill once they mooched off the stage. One of the sparse attendees would inevitably be me since

b) I didn’t drink, so didn’t hover around the bar like all the cool kids waiting until the headliners came on stage

c) I’m short-sighted so not wanting to risk specs getting smashed, I always endeavoured to get a spot right up against the stage. Once the moshing started, you may get pummelled in the back, but the face was relatively safe.

What I’m talking about is the happy circumstance of seeing a band at the very start of their careers in a support slot, or a gig very much publicising the merits of both the bands. So... 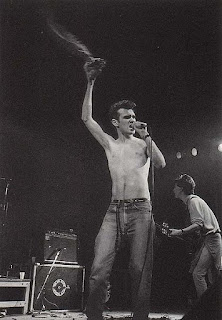 saw The Smiths play one of their very first London gigs supporting The Fall. Both bands at that time coincided on the same Rough Trade record label, though neither were to stay very long; Mark E Smith being his usual ornery self and marching The Fall off to another among a myriad of labels, while The Smiths were quickly scooped up by WEA, a major label. I always thought that gig was Smith cocking a snook at Morrissey, having a band of his surname warm up for The Fall, fully aware The Smiths were already garnering press and industry interest. My memories of the gig? It set me off in to a lifetime of despising Morrissey as he came on stage with a bunch of gladioli and proceeded to swipe the heads of those stood at the front, setting off my hay fever in Autumn and making me watch The Fall through watery, itching eyes. 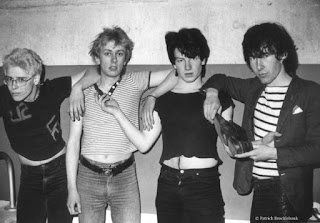 U2 supporting Stiff Little Fingers. I thought U2’s debut album was okay, but I was a big fan of SLF. The gig was taking place soon after a lifeboat disaster at sea and U2 fans with their religious devotions aping those of the band were shaking collection buckets on the way in to the gig. I just ploughed on through, keen to nab a spot by the stage, at which the collector shouted at me, and I quote, “I hope you don’t get caught out at sea with your pants down”, which I thought was somewhat unchristian. U2 were ho hum okay (that first album is the only listenable one to my mind), Stiff Little Fingers were already in decline, so no one won that night. 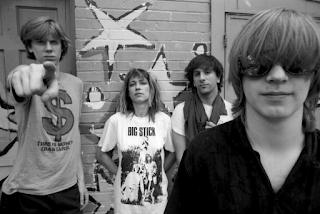 Sonic Youth supporting the Jesus And Mary Chain. At the time JAMC were the darlings of the music press, full of squalling guitar feedback, bad attitude and playing short sets which had set off a series of riots among their audience feeling short changed. In other words, pretty much Emperor’s new clothes. How Sonic Youth, over from new York to promote their second album and real merchants of squalling noise were only given 20 minutes before JAMC is beyond comprehension. The Youth’s closing song “Madonna, Sean & Me (Expressway To Your Skull)” was a feedback tour de force and minutes after the Youth had left the stage, the speakers were still pounding our heads. That 20 minute set was probably one of the best performances I experienced, so that when the sulky boys shambled on, I really couldn’t be bothered and tuned out. A girl behind me asked if I could lend her my shoulders to sway upon from a raised height to see the pimply ones on stage and I agreed for no particular reason and despite my arm being in a sling having recently broken my collarbone. That’s how much Sonic Youth had hard wired into the expressway of my skull. This was definitely a case of the support band blowing the headliners off stage. 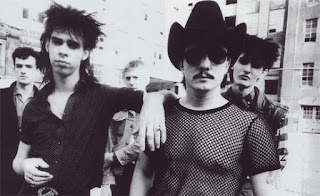 The Birthday Party and The Fall. At the time, these were the two most touted underground bands, with their wilful disregard of careerism in music and remaining unapologetically independent-minded. The gig saw every member of the audience with either an approximation of Nick Cave’s belfry-bat thatch, or Smith’s pudding bowl, except me who was perhaps the only person there who genuinely liked both bands. The Cave fans scoffed at the Mark E Smith lookalikes, while Fall fans derided the would-be Cave goths. The queues for the toilets were overflowing while they waited for the lot inside to finish shooting up. God it was unpleasant. But the gig was stupendous, maybe the bands were also competing with one another. There wasn’t an actual headliner for the gig, but for the record The Birthday Party went on first, then The Fall. Both bands’ sets confirmed why they were so highly regarded at the time. 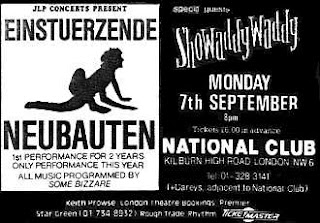 Showaddywaddy and Einsturzende Neubauten. Jimmy Savile favoured glitter suited kings of 70s pop supporting industrial noise merchants, this was a perverse bill to be sure. All I can say is I vacated my spot at the stage during Showaddywaddy’s set and had to fight my way back there once the noisemeisters from Berlin marched on. To this day I can only assume the promoter thought it would be a jolly good jape to put these two bands on the same bill.

His books are available on Amazon
Email ThisBlogThis!Share to TwitterShare to Facebook