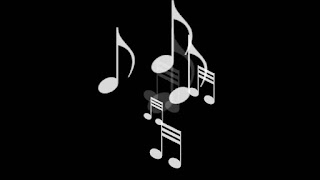 Marc Nash turns his musical attention to Reggae, White Reggae to be precise...

Think White Reggae and you come up with horror images of The Police or Boy George. But look hard enough and there are a handful that pull off the feat while maintaining their dignity intact. Of course most of it arises from that brief creative flowering between punk and reggae in the late 1970's and the Rock Against Racism movement where both music styles stood shoulder to shoulder on the tour stages.

I don't mean cover versions of reggae tunes, of which there have been several hugely successful and creative interpretations: Blondie's "The Tide Is High" being perhaps the best exemplar of this. I mean original tunes written by white bands, but played reggae stylee. The list is far from exhaustive, so I'd love to know of any of your favourites.

The saddest song I have ever heard, despite its uplifting, jaunty reggae backing. Malcolm Owen sings "Don't want you X3 / in my arm no more" referring to his heroin addiction which eventually consumed him. A musical paean to a love he just couldn't do without. The Ruts were very closely allied to Misty In Roots and their creative musical exchange was a fruitful one.

Since the Clash were steeped in it from their Notting Hill/ Ladbroke Grove roots, they could do reggae with full integrity. Of all their original reggae-inspired tunes, this is the best of them and the lyrics also straddled both the realities of Jamaica and London. This is so authentic, I felt sure it had to be a cover version.

Definitely on the dubby end of reggae, The Slits also hailed from West London and seeped their avant garde soundscape in reggae rhythms. Singer Ari Up quit the band to relocate to Jamaica. "Newtown where everybody goes around sniffing televisena/Or taking footballina". Fantastic.


4) "King Without A Crown" by Matisyahu

I am genuinely nonplussed by this, so reason enough to give it some props. Hassidic Jew does dancehall reggae and toasting. I don't know if this some sort of oblique 'proof' of the Lion of Judah, the Twelve Tribes of Israel and Zion as common to both cultures. He seems to have been accepted and approved by the reggae world, Bill Laswell and Sly'n'Robbie being noted producers of his music. But god knows what the Jewish community make of him. It's not a proselytising religion that seeks converts and there can't be too many wavering Jews who might be swayed by Matisyahu's call to faith? Baffling.


5) "I Understand" by Angelic Upstarts

Even Geordies got in on the act. Your basic Oi/pub rock punks with no reggae track record at all, suddenly pull out this black and white prisoners unite anthem and carry it off without making prats of themselves. "A candle without a flame/Destroy what you don't understand" and this was years before Lady Diana...

His books are available on Amazon