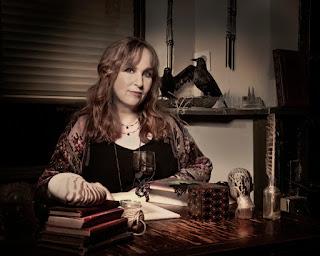 Tony Cross wallowed in the warmth of a Gretchen Peters gig on Tuesday evening...

I have spoken about Gretchen Peters before (here). I have talked about how much I like her work. This is the seventh time I have seen her live. She’s one of the few musicians whose work I know so well that I can normally sing along to every song she plays, although I don’t do that because I sing like a confused hippopotamus.

It should be noted, before I carry on, that I am not a gatekeeping sort of person. I don’t want to protect the things I like from the hoi-polloi. If I love something, I want everyone to love it. I know that this isn’t possible but I’m going to do my damned best to make sure I try.

Gretchen Peters comes from a Country & Western background, which to a lot of British people brings up pictures of men in big hats singing about rednecks. And there is an element of that, but it is a small element. Hidden away in Country & Western are some fantastic songs about drinking, songs about real people dealing with real problems and some of the best sad songs you’ll ever hear in your life. Gretchen Peters specialises in the latter two, although I’m pretty sure she could write a fantastic song about drinking beer if she chose to.

There aren’t many upbeat songs at a Gretchen Peters gig, but if – like me – you like to wallow in the glorious warmth of a sad song then you’ll love her.

She’s supported by a band made up of her husband since 2010 Barry Walsh. There’s something nice about their relationship on stage. It’s a nice balance of love and jokes. Then there are two gentlemen from Belfast whose names I didn’t get and can’t find on my brief late-night scan of the internet. I apologise to both. One plays the guitar and the other bass/double-bass [Conor McCreanor and Colm McClean - Ed].

Tonight, Gretchen mixed up classics with songs from the new album she’s been working on. Two of those songs with similar dark themes of murder and incest were written with Ben Glover. The last song of the night was a new one too and one of her ‘once every ten years’ positive songs. They’re good songs.

She played ‘The Matador’, which is lovely and ‘On A Bus to St Cloud’, which is my favourite of her songs I think. There was ‘Hello, Cruel World’, ‘Idlewild’, ‘Blackbirds’, ‘Black Ribbons’, ‘Circus Girl’ and ‘Five Minutes’ (another gorgeous song). It’s not just the music, it’s not just her voice but it is the quality and depth of the lyrics too. These are songs that move you and make you think. There are lines in every song that hit home.

So, Gretchen Peters was fantastic. Again. She’s coming to the UK again in 2018. I’ll be there. I’m hoping you will too. You’ll thank me for it one day.

I should also say that Hannah Sanders and Ben Savage, the support were also damned brilliant. I’m going to call them a folk duo but they might call themselves something else. Hannah’s voice is beautiful. They only did about half-an-hour but it was enough for me to fall in love with them. They did an absolutely wonderful version of Bob Dylan’s ‘Boots of Spanish Leather’, which they made a duet. The song itself is a great love song. They did what great covers should do and added extra layers to it. So, remember: it pays to go see the support.