Opinion - Panto: It's Not Behind You

It is getting to be that time of year again... oh, yes it is! VentSpleen looks at the enduring appeal, and importance, of the theatre pantomime...

Pantomime may seem like an outdated and over the top waste of stage space to some but, for cash starved theatres, it is the only way they can keep their doors open. With ever reducing arts investment and audiences turning to the Cinemas for their entertainment, repertory theatre has all but died. Aside from the big budget touring theatrical events and the stand up comedy or musical tribute acts it can sometimes be a challenge to find professional theatre being performed. Gone are the days when each town had a full year of locally produced and directed theatre and its not just because the money dried up. It is hard to argue the case for increased grants when the public themselves seem to have fallen out of love with theatre. The insanely high priced West End tickets are only accessible to the uber wealthy and it is no surprise that the public at large have turned away. Theatre has become the playground of the elite who like to show off and dazzle with all of the glitz and glamour that their lives are full of. Except every year when the winter draws in and the fires start to glow, theatres are transformed and are full again with delighted screams of school children. Pantomime is no longer the amateur affair it used to be and neither is it just stars of yesteryear that 'dame up,' it's big business. Pantomime is here to stay and, whether your preference is for big names or for local home grown talent, there really is something for everyone.

Looking around my local area and there are at least two 'star led' pantos, with Cinderella at the fantastic Lighthouse Theatre, Poole and Jack And The Beanstalk at The Pavilion, Bournemouth. With the addition of the many Am Dram groups around the area there is an embarrassment of riches to choose from and to suit all budgets as well. My first experience of theatre was the annual trip to panto at The Royal Theatre, Northampton and it was a tradition that my family honoured even when I was operating the follow spot many years later. Back then, a panto run started in the first week of December and went on well into January. It provided entertainment for the young and old and for 2 months the theatre was a hive of activity, with school and parties during the day and families in the evening. I loved seeing the theatre so busy and it was the revenue generated from the full houses that paid for the theatres output during the year. Without this injection of cash it would be difficult to see how theatres can sustain a programme which is not always well attended for every performance. Pantomime breathes a much needed wave of life into theatres up and down the country every year and provides an income stream for the hardworking actors and creatives that can have long periods of time between work. Panto is also hard work and yet the joy on a child's face as they boo and hiss or cheer at they cast is clearly why they do what they do. As they say "there ain't nothing like a dame!" 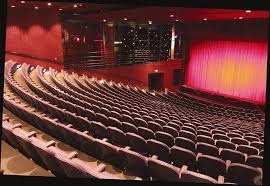 Pantomime also provides performers with their first opportunity to shine and, at the same time, to be bitten by the theatre bug. Many are the interviews I have read where stars have talked fondly about their experience in panto and how they went on to performances on Broadway and the West End. But for the audience, panto provides 2 hours of glorious exuberance that transports them from the mundanity of life and the coldness outside. Its traditions of gaudy sets and over the top dance numbers are accompanied by the affectionate gender role changes with principle boy - played by a lady and the Dame a heavily made up man. Its inoffensive and just a lot of fun. I do understand why some people don't enjoy pantomime but please bear in mind the essential part it plays in a theatres year. I don't know if I would have fallen so deeply in love with theatre had it not been for my enjoyment of panto. Theatre needs our support and it would be a world that I would not like to envisage if it were to disappear. Local theatres like Lighthouse and The Pavilion are staffed by hard working and dedicated people who campaign all year round to be noticed and in the face of tremendous adversity. They need you to be vocal in your support but they also need you to visit. Why not take some time out this year and take a trip to the Pantomime, you never know you might actually enjoy it. Oh yes you will!