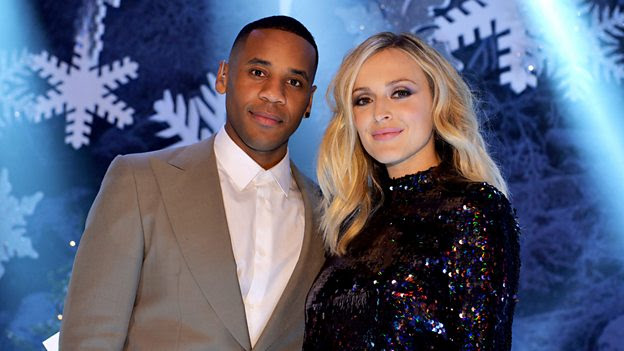 The BBC have announced their Christmas Highlights. Having trawled through the list and binned the soaps and the reality shows, here's a few things Susan Omand is looking forward to...

It wouldn't be Christmas without Top of the Pops to record and fast forward through (or is that just me?) and the show returns to BBC One this festive period with Christmas and New Year specials featuring some of the biggest names in pop music from 2017 "including Ed Sheeran, Dua Lipa, Clean Bandit, Rita Ora and The Script" apparently. Fearne Cotton and Reggie Yates will present the one hour special Christmas show with the biggest hits and most successful acts of the year, usually accompanied by a drinking game known as "I haven't even heard of them. NEXT" and concluding with the all-kinda-vaguely-notatall important Christmas Number 1 which we hope won't be reality show related yet again. Then we get basically all the same people wearing different Christmas jumpers again for the New Year special which features the last Number 1 of 2017. I think we'll all need a drink after that though.

After last year’s hilarious Peter Pan Goes Wrong, the Olivier Award-winning Mischief Theatre Company return to the small screen with their take on Dickens’ famous festive fable and probably the nearest I will get to anything vaguely pantomimey (yes it's a word). Blacklisted by the BBC after ruining Peter Pan, the Cornley Polytechnic Drama Society are not taking their ban lying down and force themselves back on the BBC by hijacking the jewel the Christmas schedule - a ‘live’ production of A Christmas Carol staged by a professional cast. The following hour finds the Cornley gang trying to make the show work on ‘live’ television where they soon realise they are completely out of their depth with no idea how to direct a live studio or handle special effects and are having their own internal rivalries revealed on television. Plus, there’s an angry professional cast trying to get back into the studio.

What could possibly go wrong? 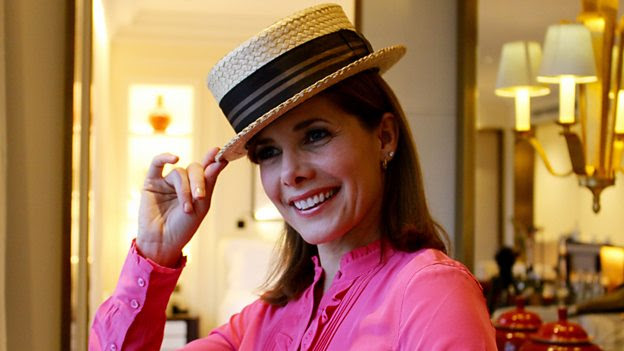 There's bound to be a song and dance about this one (sorry) Darcey Bussell (who used to be a ballerina before her strictly judging hat put her behind a desk) explores the dancing legend that is Fred Astaire, uncovering stories of the series of strong women that shaped and influenced him throughout his life and career.

His story begins with the influence of his stage-struck mother, Ann, who thrust five year old Fred onto the stage as a convenient partner for his older sister, Adele (no not that Adele), with whom he danced for 27 years. Darcey goes on to explore perhaps the most famous and recognisable woman in Fred’s life, Ginger Rogers. Despite only making 10 films together, it was this partnership that cemented Fred Astaire’s fame and legacy, however Mr Astaire allegedly hated sharing the limelight and, following his partnership with Ginger, resisted partnering with one leading lady too many times, though he went on to dance with some of Hollywood’s greatest stars including Audrey Hepburn, Rita Hayworth and Judy Garland. That's entertainment indeed.

Elvis: The Rebirth of the King

The widely accepted Elvis narrative (although not by me) is that The Vegas Period was the low-point of his career but this film argues that Elvis reached his peak, both as a singer and performer in the first few years of his Vegas period. He became, in those short years, the greatest performer on earth (as we'll see.) Elvis: Rebirth of The King, tracks this five year period with some of his key musical and artistic collaborators to celebrate the greatest pop reinvention of all time! 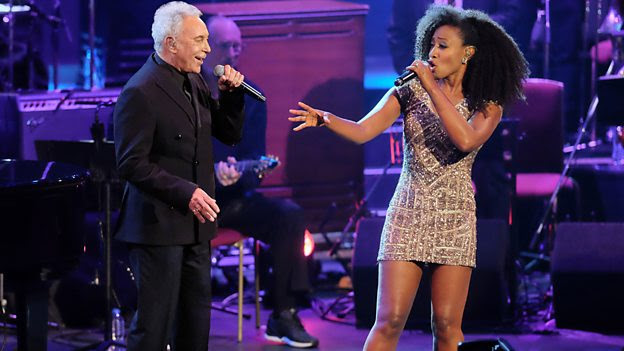 Probably the only thing I really enjoy about Christmas is the Christmas music so this should be an interesting twist to the usual carols as Sir Tom Jones and Beverley Knight perform an evening of uplifting Christmas gospel music, marrying classic spiritual songs together with contemporary influences.

From Christmas Music to Hogmanay and the 25th Annual Hootenanny with Jools Holland. We've yet to see who's going to be on it but it should be worth a listen while you wait for the bells.

Talking of Bells, this is probably going to be the only absolute definite "sit all the way through and just enjoy it" programme for us at the New Year. In what is fast becoming an AlbieMedia tradition, we return to the city of music with BBC Two and a hangover for the traditional start to the New Year, live from Vienna. Petroc Trelawny is our host for this hugely popular concert of polkas, marches and waltzes composed by the Strauss family and their contemporaries. The Vienna Philharmonic will be under the baton of Riccardo Muti, whose close ties with the orchestra extend over several decades and who is conducting this glittering event for the fifth time. BBC Two will be broadcasting both parts of the concert live, ending with all the traditional favourites including By the Beautiful Blue Danube and the ever-popular Radetzky March.

While we're on the classics, a couple more things that I know aren't everyone's taste but this is my article...

Sir Antonio Pappano, the Music Director of the Royal Opera House, conducts a brand-new production of Puccini’s popular masterpiece - a tale of friends and fellowship, love and loss, set in nineteenth-century Paris. A stellar cast of young singers, including Michael Fabiano, Nicole Car and Mariusz Kwiecień, come together for this unforgettable story about a group of aspiring artists living in a freezing Parisian garret. Into their world comes a young seamstress, battling with a terrible disease. This is the first new production at the Royal Opera House in over 40 years, created by the acclaimed British theatre director Richard Jones, with designs by Stewart Laing, and it will be fantastic for us non-Londoners to get even a whiff of the operatic experience via TV.

And the timeless, unless it's midnight and you're a pumpkin again, classic...

This idea has fascinated me since I first heard about it. Matthew Bourne’s ballet of Cinderella is a thrilling and evocative love story set in London during the Second World War and is, at its heart, a true war-time romance. A chance meeting results in a magical night for Cinderella and her dashing young RAF pilot, together just long enough to fall in love before being parted by the horrors of the Blitz. With sumptuous Olivier-award winning costumes and sets, Matthew Bourne’s vivid storytelling and Prokofiev’s magnificent score over the sights and sounds of war-torn London, this really is a must see.