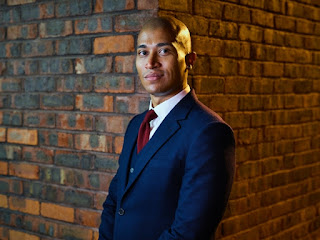 Composer Daniel Kidane's Zulu receives its first performances as part of the RSNO's Remembrance Week concerts, in partnership with Poppyscotland...

Zulu, by Guildhall School of Music and Drama doctoral student Daniel Kidane has been chosen to receive its first public performances, at the Usher Hall, Edinburgh on Friday 10 November and the Glasgow Royal Concert Hall on Saturday 11 November. Both concerts are presented in partnership with Scottish charity Poppyscotland, who will be holding collections following each concert.

Named after the Bantu ethnic group of Southern Africa, Zulu evokes the fighting spirit of the Zulu people. Clannish regiments, known as Impi, marked their bravery and militaristic prowess in battles with invaders such as the Boer Commando and the British Empire. The nature of the piece, characterised by ever-present percussion and an unwavering drive, reflects the essence of the Zulu people.

Daniel Kidane was one of five participants of the RSNO's emerging composer nurturing initiative RSNO Composers' Hub, a rare opportunity to develop meaningful collaboration with a professional symphony orchestra over a sustained period. He said "I'm very much looking forward to further collaborating with the RSNO and hearing my piece Zulu come to life in the 2017:18 Season. It was an absolute pleasure to work with the energetic RSNO, who did a grand job of work-shopping five excitingly unique new pieces. Such opportunities are vital for younger composers and I'm glad that the RSNO are in their second year of this wonderful scheme."

The concerts, conducted by guest conductor Sergey Neller, making his RSNO debut in place of an indisposed Cristian Măcelaru, also present Rachmaninov's Vocalise and Piano Concerto No3 (performed by the winner of the 2017 Van Cliburn International Piano Competition, Yekwon Sunwoo) and, in the 100th anniversary of its subject matter, the 1917 Bolshevik Revolution, Shostakovich's Symphony No12.

The RSNO is supporting new music with the performances of newly-commissioned and co-commissioned works including Gavin Higgins' Velocity, which opened the current Season, Sally Beamish's Whitescape, Oliver Searle's Sauchiehall, Benjamin Rimmer's Pathway and a new Concerto for Tuba and Orchestra by Jennifer Higdon. The Season will also feature performances of other contemporary works written in recent years.

For more information on RSNO concerts and events, visit www.rsno.org.uk.