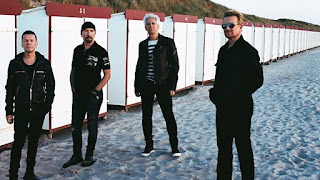 BBC Music has announced a world exclusive hour-long music entertainment show, U2 At The BBC, for BBC One to be broadcast in December and presented by Cat Deeley...

To be recorded at the legendary Abbey Road Studios and produced by BBC Studios, two-time Golden Globe and 22-time Grammy Award-winning U2 will perform some of their biggest hits, alongside brand new tracks from their forthcoming album, Songs of Experience, as well as chatting about their lives to date.

In exclusive behind the scenes footage, the band allowed TV cameras special access backstage and gave Cat an AAA backstage tour as they prepared to perform at the Morumbi stadium in Sao Paulo, Brazil last month. The venue is where they ended their recent The Joshua Tree Tour 2017 which saw the band play to over 2.7 million people in just 51 shows across Europe and North and South America.

From the beginning, U2 were marked out by their drive and ambition, forming as a band “… before they could play”. Bono, The Edge, Larry Mullen and Adam Clayton met at Mount Temple School, Dublin and formed U2 in 1978. Acknowledged as one of the best live acts in the world, U2 have released 13 studio albums and have sales in excess of 157 million. They have won numerous awards; including 22 Grammys (the record for most wins by a rock act), two Golden Globes, an Oscar nomination and the Amnesty International Ambassador of Conscience. And in 2005, U2 were inducted into the Rock and Roll Hall of Fame in their first year of eligibility.

Cat says: “U2: Biggest band in the world. Stadium Rock Gods... and all round good eggs! I had the privilege of joining them on tour in Sao Paulo and now they're coming back to the UK for an intimate show at Abbey Road Studios. I'll be catching up with the band and there will be performances of brand new tracks and U2 classics. It's a once in a lifetime opportunity and I can't wait!”

The occasional "...at the BBC" series kicked off in 2015 with Adele At The BBC, presented by Graham Norton, and was nominated for Best Entertainment Programme at the Bafta Awards. A sketch within the programme, which saw Adele impersonate herself, broke the BBC YouTube channel record by gaining over 61 million views.

Jan Younghusband, Head of Commissioning, Music Television said "We’re delighted to welcome U2 to the historic Abbey Road Studios, where they have previously recorded tracks. BBC Music is currently broadcasting a huge array of music on television, and the addition of U2 At The BBC to this stable of programming is a coup, as we continue to put musicians centre stage on BBC television."

Guy Freeman, Editor, Special Events and Formats, BBC Studios added "I'm delighted that U2 have agreed not only to give us such an exclusively intimate performance, but also to share with Cat and viewers some of the more fun aspects of being part of the world's biggest rock band." 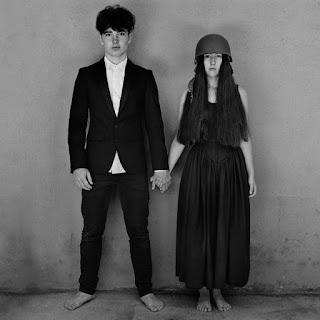 Songs of Experience, the band’s hotly anticipated 14th studio album, will arrive on December 1st on CD, vinyl, digital download and across streaming platforms. Recorded in Dublin, New York and Los Angeles, Songs of Experience was completed earlier this year with its subject matter influenced by Irish poet, novelist and Trinity College, Dublin Professor Emeritus Brendan Kennelly’s advice to Bono to 'write as if you’re dead'. The result is a collection of songs in the form of intimate letters to places and people close to the singer’s heart: family, friends, fans, himself. Songs of Experience is the companion release to 2014’s Songs Of Innocence - the two titles drawing inspiration from a collection of poems, Songs of Innocence and Experience, by the 18th century English mystic and poet William Blake - and was produced by Jacknife Lee and Ryan Tedder, with Steve Lillywhite, Andy Barlow and Jolyon Thomas.