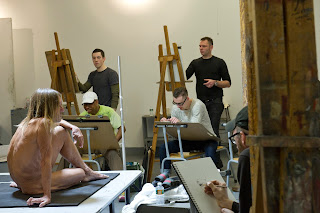 From Life examines what making art from life has meant to artists throughout history and how the practice is evolving as technology opens up new ways of creating and visualising artwork.

Drawing from casts of Classical and Renaissance sculpture and life models was long considered essential training for any aspiring artist, and was once a staple of the RA Schools, Britain’s longest established fine art school. Beginning with a display of historic paintings and works on paper drawn from the RA Collection, From Life explores the practice of life drawing, from the origins of the Royal Academy in the 18th century to the present day, whilst also looking to the future. Historic paintings by artists such as Johann Zoffany are followed by works in a diverse range of media by contemporary artists, including Jeremy Deller’s Iggy Pop Life Class (2016), Cai Guo-Qiang’s film One Thousand Youngsters Drawing David (2010) and Jenny Saville’s Entry (2004). From Life also presents work by Royal Academicians who continue to interrogate the practice of working from life, among them Antony Gormley, Chantal Joffe, Michael Landy and Gillian Wearing.

For the first time the Royal Academy is working with artists exploring emerging technologies, which presents them with new ways to both observe and represent themselves and the world around them. Farshid Moussavi RA, Humphrey Ocean RA, Yinka Shonibare RA and Jonathan Yeo have experimented with virtual reality technologies, creating new artwork for the exhibition using virtual reality platform HTC Vive, Tilt Brush by Google and artistic software programmes, including MakeVR Pro. Farshid Moussavi’s VR experience transports visitors into masterpieces of ecclesiastical architecture, which they can adapt and transform themselves, while creative technology and content studio Happy Finish have worked with Yinka Shonibare to develop a three-dimensional rendering of a neo-classical painting, featuring a cast of Venus dressed in Shonibare’s trademark batik fabric. Meanwhile, Humphrey Ocean invites audiences to create their own three-dimensional sketches within a playful virtual environment centred on the artist’s fascination with chairs. 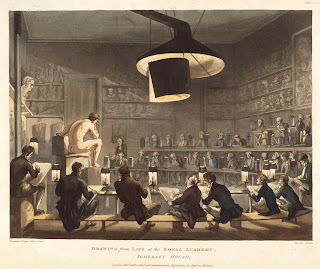 From Life reveals the creative process in making these new artworks, as well as opening up the exciting potential of future artistic applications of virtual reality. HTC Vive has supported the development of these works, which will also be available for audiences to experience at home on Viveport, HTC’s global VR app store. Artist Jonathan Yeo has collaborated with Google Arts & Culture to create the first physical free- standing sculpture in metal made by using Tilt Brush, his creative process is captured in a VR film to be published on Google Arts & Culture Youtube channel. The visitors’ experience of the virtual reality element within the exhibition will depend on availability. As each virtual reality artwork can only be experienced individually, access cannot be guaranteed. Tim Marlow, Artistic Director of the Royal Academy of Arts said: “This is an experimental project that explores everything from artistic process to technological evolution and creative collaboration. In a sense, From Life embodies what an artist-run academy was, is and might become.” 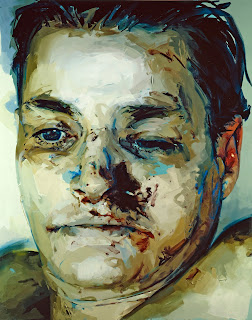 250 free life drawing experiences for 250 years: To coincide with From Life and as part of the 250th anniversary celebrations in 2018, the Royal Academy is offering free life drawing classes for 250 people of all abilities in the historic Life Room in the RA Schools. Each class is for a particular group that has a special relationship with either the RA, drawing, or the human body, from members of the Royal Academy’s outreach programmes to nurses and architects. The guest tutors will not be revealed until the life drawing class begins. The RA is also inviting the public and Friends of the RA to participate through an open ballot to win 50 places at the following free classes, led by guest tutors who will be revealed on the day. Enter the ballot at roy.ac/FromLife