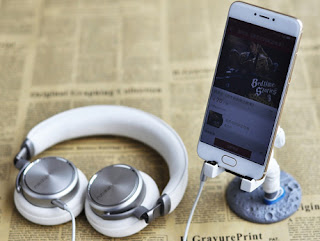 Take part in the search for the nation’s favourite song inspired by a book, as part of Book Week Scotland 2017...

Book Week Scotland runs from 27 November to 3 December and the ‘Top 10’ songs inspired by books, as voted for by the public, will be revealed during this time, with the winner announced on the Scottish Book Trust website and social media.

Members of the public were encouraged to submit their favourite book-inspired songs via social media and the Scottish Book Trust website. This longlist was then evaluated by a panel which helped reduce the submissions into a ‘Top 40’ playlist. The panel consisted of Sarah Mason, Saltire Society Programme Director; Kirsty Baird, Sing in the City Founder and Musical Director; and Nyla Ahmad, Book Week Scotland Young Programmer.

The ‘Top 40’ ranges from classic songs with obvious connections such as Wuthering Heights by Kate Bush, and Goodbye Yellow Brick Road by Elton John to more modern, more obscure bookishness like Firework by Katy Perry, inspired apparently by Jack Kerouac.

Now they want you to vote for your favourite song inspired by a book from that list of 40. Votes can be cast by visiting the Scottish Book Trust website. Listen to the longlist on Scottish Book Trust’s Spotify and find the "Top 40" below, in no particular order.

The week-long Book Week Scotland celebration, now in its sixth year, is run by Scottish Book Trust, the national charity transforming lives through reading and writing. Hundreds of events and activities are taking place all across the country, during the week.

Marc Lambert, CEO of Scottish Book Trust, said: “Many famous songs have been inspired by books and we are excited to find out from this poll which one comes out on top. Our Top 40 playlist covers many decades and styles, and has something to appeal to all ages and tastes. Make sure you vote online, it’s a great way to get involved with Book Week Scotland, and perhaps also discover the stories behind some of your favourite songs.”

"Both Sides, Now" by Joni Mitchell, inspired by Henderson and the Rain King by Saul Bellow


"Bright Eyes" by Art Garfunkel, inspired by Watership Down by Richard Adams


"Hurricane" by Bob Dylan, inspired by The Sixteenth Round: From Number 1 Contender to Number 45472 by Rubin "Hurricane" Carter


"I Am a Rock" by Simon and Garfunkel, inspired by Meditation XVII by John Donne


"Tom Joad" by Woody Guthrie, inspired by The Grapes of Wrath by John Steinbeck


"Atticus" by The Noisettes, inspired by To Kill a Mockingbird by Harper Lee


"Song for Clay" by Bloc Party, inspired by Less Than Zero by Brett Easton Ellis


"Bell Jar" by The Bangles, inspired by The Bell Jar by Sylvia Plath


"China in Your Hand" by T'Pau, inspired by Frankenstein by Mary Shelley


"Firework" by Katy Perry, inspired by On the Road by Jack Kerouac


"Off to the Races" by Lana del Rey, inspired by Lolita by Vladimir Nabokov


"Rhiannon" by Fleetwood Mac, inspired by Triad by Mary Leader


"The Ballad of Bilbo Baggins" by Leonard Nimoy, inspired by The Hobbit by J.R. R. Tolkien


"Tomorrow Never Knows" by The Beatles, inspired by The Psychedelic Experience: A Manual Based on the Tibetan Book of the Dead by Timothy Leary and Richard Alpert


"Video Killed the Radio Star" by The Buggles, inspired by the short story 'The Sound Sweep' by J. G. Ballard


"Thieves in the Night" by Black Star (Mos Def & Talib Kweli), inspired by The Bluest Eye by Toni Morrison


"Willie Burke Sherwood" by Killer Mike, inspired by Lord of the Flies by William Golding


"One Brown Mouse" by Jethro Tull, inspired by the poem 'To A Mouse' by Robert Burns


"Paranoid Android" by Radiohead, inspired by The Hitchhikers Guide to the Galaxy by Douglas Adams


"Ramble On" by Led Zeppelin, inspired by Lord of the Rings by J. R. R. Tolkien


"Red Right Hand" by Nick Cave and the Bad Seeds, inspired by Paradise Lost by Milton


"Soma" by The Strokes, inspired by Brave New World by Aldous Huxley


"Sympathy for the Devil" by The Rolling Stones, inspired by Master and Margarita by Mikhail Bulgakov


"Venus in Furs" by The Velvet Underground, inspired by Venus in Furs by Leopold von Sachor-Masoch


"Whip It" by Devo, inspired by Gravity's Rainbow by Thomas Pynchon


"Backyard Skulls" by Frightened Rabbit, inspired by Where the Bodies are Buried by Christopher Brookmyre


"I Fought in a War" by Belle & Sebastian, inspired by the short story 'For Esme - with Squalor and Love' by J. D. Salinger