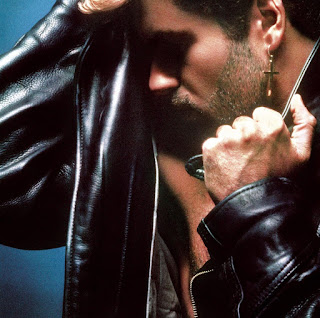 So many well-known albums turn 30 this year and Steve Taylor-Bryant and Susan Omand travel back to 1987 to revisit some of the sounds of their youth that made parents shout "Turn that noise down!" This week Susan has Faith in George Michael...

Wham was one of THE ubiquitous pop bands of the early 80’s – from Wake Me Up and Wham Rap to Club Tropicana and Young Guns, the duo of George Michael and Andrew Ridgeley, ably assisted by Pepsi and Shirley, couldn’t fail to have a hit with every song they released, so it was little wonder that, when did the band did eventually split up in 1986, George Michael would make a go of it on his own and Faith was his debut solo album.

You can tell by listening to it, though, that he hadn’t quite “found his feet” as a solo artist yet, as there is a mix of different styles on the album as he tests the water. There are the big crowd pleasers like the upbeat title track Faith and the more soulful Father Figure, both of which hark back to the Wham sound. There’s One More Try which, if you get past the plodding monotony of the 80s rock drums, is actually a brilliant song and Hard Day, which goes from "OOOH" to "meh" in the first 30 seconds as, from an awe inspiring intro, he tumbles back into the pit of generic pop. There’s also the full 9 minutes of the song I Want Your Sex that was successfully banned by Radio 1, leading to it being an even bigger hit than it probably deserved to be.

My favourite though has to be the last track on the original album (the remastered version has a remix of I Want Your Sex as the last track – as if 9+ minutes wasn’t enough already.) Kissing a Fool is stripped back, smooth and jazzy, with a maturity to the vocals that leaves the world of generic pop far behind and hints at the brilliance to come over the next 3 decades, as George Michael justifiably grew into one of the best selling music artists of all time.

It’s still less than a year since the world lost him and his music, the first anniversary is Christmas Day, and the documentaries and untold stories of his life, both good and bad, are only just coming out but there’s a melancholy twinge to every George Michael song I hear now, knowing that there is no more.