Turn That Noise Down - The Communards 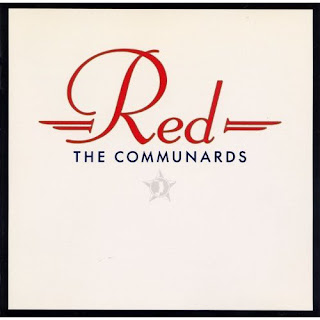 So many well-known albums turn 30 this year and Steve Taylor-Bryant and Susan Omand travel back to 1987 to revisit some of the sounds of their youth that made parents shout "Turn that noise down!" This week Susan looks back at The Communards, Red...

I had forgotten what a superb voice Jimmy Somerville has! I bought Red when it came out, played it to death at the time, but I’m afraid it has long lain dormant on the shelf and that is unforgivable – it’s an album whose first side (yes, I have the vinyl, get over it) you can’t help but dance to. (Talking of dancing, yes, The Communards is one of the bands that the Reverend Richard Coles was in).

The Communards as a band only lasted three years and came about after the break-up of the sublime Bronski Beat, with Coles, a classically trained multi-instrumentalist, providing most of the backing to Somerville’s distinctive vocals. Red was their “difficult second album” coming out to mixed reviews after their self-titled debut, which had contained the smash hit cover “Don’t Leave Me This Way,” but that doesn’t mean that there are not some chart toppers on Red. You’ll recognise the Jackson 5 cover Never Can Say Goodbye and There’s More to Love (Than Boy Meets Girl). However, there’s more to Red than those hits too. The majority of songs on side 1 are hi-NRG disco beats but some of these, particularly Victims, hide hard hitting lyrics about living and dying of HIV/AIDS. The emotional ballad too, For a Friend, written for a close friend of the band who died of AIDS, has a piano/sax backing showcasing the soaring vocals to perfection, likewise the utterly angelic Lovers and Friends.

For me though the song that’s head and shoulders above the rest, and completely out of character with the rest of the album, is If I Could Tell You. A reworking of the W H Auden poem puts his bleakly cynical words of a life of missed chances, sung almost a capella by Jimmy Somerville, over what can only be described as ancient music – tribal drums, droning flutes, a clanging bell. There’s something visceral about it. It’s awe-inspiring.