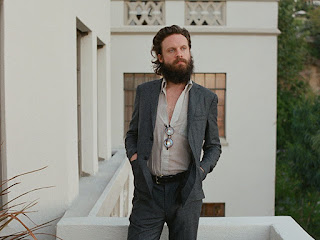 Father John Misty has released a countrified version of his song Pure Comedy and it's way better than it should be. Susan Omand explains...

Way back in April I discovered Father John Misty. Rather I discovered his music on his album Pure Comedy (read my review here) and I declared it then to be my album of the year. That still, for now, holds but I was stunned this weekend to see that he'd re-issued the title track as a pure country song.

The original track, indeed the whole album, is a damning indictment of modern culture, taking digs at everything from Trump through gender inequality to organised religion and, believe me, there are some vicious digs in the incredibly clever and biting lyrics. This is protest song at its finest - up there with the likes of Dylan and Springsteen in my view.

Here's the original from a few months back, complete with Black Mirror style music video:


NOW, you take all that cynicism and sarcasm and put it to a backing of (as the title suggests) Pure Country in the style of the "my girl done left me and the dog he ran away" melancholy bleakness that good ol' fashioned country music is SO good at and you have a work of genius.