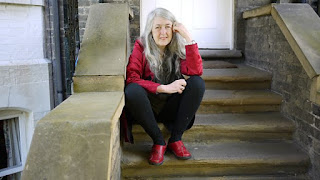 In the episode, due to be broadcast next Saturday 28th October, she will visit The Roman Singularity exhibition at the Sir John Soane’s Museum in London, explore the work of architectural designer, Adam Nathaniel Furman - who has created a city of 3-D printed models celebrating Rome - and review Jean-René Lemione’s startling contemporary reimagining of Greek legend Medea, which has been translated to English and directed by Neil Bartlett. Mary will also speak to musician David Gilmour about his recent film David Gilmour Live at Pompeii, which documents the first ever rock concert for an audience in the historic site, before David performs A Boat Lies Waiting, live in the studio.

Mary Beard said “I am very pleased to have been trusted with an episode of Front Row - and to be able to share some of the spotlight with some Greeks, Romans and other stars.”

Alice Feinstein, Commissioning Editor, Front Row added “Mary is a brilliant broadcaster with an exceptional mind. I’m thrilled that she will be sharing her love of arts and ideas with the Front Row audience and guests. I’m sure she will bring her trademark style which is engaging, full of enthusiasm, fearless and funny.”

Also in this episode, artist Nathan Coley will meet Japan’s most famous architect, Kengo Kuma, as Kuma’s extraordinary new building for the V&A Dundee nears completion. The architect of Tokyo’s new Olympic stadium, who takes Buddhism as inspiration, tells Nathan of his vision of a ‘living room for the city’ - and discusses why he chose to use Scotland’s first design museum as part of an ambitious redevelopment, connecting the city of Dundee with the historic waterfront on the river Tay.

Front Row brings audiences high quality arts and culture content across TV, radio and online. Building on BBC Two’s commitment to showcasing the best of arts and culture on Saturday nights, the Front Row television series (7 half-hour episodes) is currently being broadcast on early Saturday evenings. As with Radio 4’s flagship arts and culture programme, it charts the changing landscape of the arts, bringing viewers a rich mix of interviews, news, features and performances, as well as arts and culture reviews.

The Front Row TV series was commissioned by Patrick Holland, Controller, BBC Two and Jonty Claypole, Director of Arts. It is produced by Scotland-based Pacific Quay Productions, part of the BBC’s commercial production arm BBC Studios and is Executive Produced by Tanya Hudson. The Commissioning Editor is Alice Feinstein.