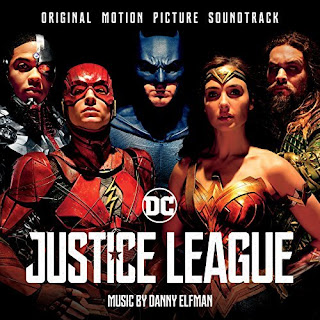 A new trailer for Justice League was released last week...


Fueled by his restored faith in humanity and inspired by Superman’s selfless act, Bruce Wayne enlists the help of his newfound ally, Diana Prince, to face an even greater enemy. Together, Batman and Wonder Woman work quickly to find and recruit a team of metahumans to stand against this newly awakened threat. But despite the formation of this unprecedented league of heroes—Batman (Ben Affleck) , Wonder Woman (Gal Gadot), Aquaman (Jason Momoa), Cyborg (Ray Fisher) and The Flash (Ezra Miller) —it may already be too late to save the planet from an assault of catastrophic proportions.

This isn't The DreamCage (find them here) this is AlbieMedia Arts and Music! So why are we playing a Justice League trailer (apart from the fact we're so freaking excited to see the film!) - It's because the SONG from the trailer also got its official video released over the weekend and it... is... EPIC!

The Austin-born virtuoso guitarist, vocalist and songwriter Gary Clark Jr has covered The Beatles song Come Together in such a way that it's actually listen to-able now having been given the the heaviness the original lacked [Please note, this is only the personal opinion of the Editor who is not a Beatles fan]. The song itself was uploaded online last month, but now we have a chance to watch the official music video, directed by Kris Merc and complete with footage from the trailers cut through it. And although the song is on the Justice League soundtrack, it remains to be seen if it will actually be played in the movie, even if it's just during the credits but it's been SO prevalent in the trailers that they would be missing a trick (and a track) if they didn't.