Turn That Noise Down - Pink Floyd 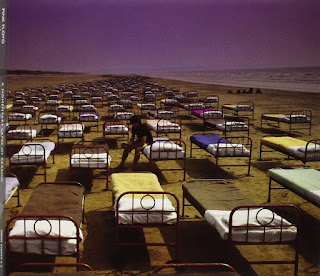 So many well-known albums turn 30 this year and Steve Taylor-Bryant and Susan Omand travel back to 1987 to revisit some of the sounds of their youth that made parents shout "Turn that noise down!" This week Susan has A Momentary Lapse of Reason...

I have a confession to make. I actually missed this album when it was released. I had gotten past the “need to be cool” latter years of school, including the faux pas of liking Dark Side more than Wish You Were Here, and Pink Floyd had dropped off my listening radar at the time and pretty much stayed there until The Division Bell came out in 1994.

On coming to it now, A Momentary Lapse of Reason is less of an album, more a work of abstract art and, treated as such, there are many that will not enjoy it. There’s good bits and bad bits, undeniable skill in concept and execution that sometimes lead to a stunning end product, others less so but, with them, you understand and appreciate the journey more than the destination. It’s by no means a classic album but the Floydian soundscaping in Signs of Life and Yet Another Movie blew me away, especially through headphones, and The Dogs of War builds such a powerful mental picture, from the menacing strings at the start right through to the discordant brass at the end, that it is my favourite track.

So yes, it’s taken 30 years for me to listen to A Momentary Lapse as a whole album and I think I’ve worked out why. The track they chose as the first single from the album, Learning to Fly, is actually bland. It’s chocolate box commercial pop guitar that Dire Straits did (and do) far better, pleasant enough but not a good example of what Pink Floyd are known for. On listening to the rest of the album though, it’s understandable that this would be one of the tracks chosen as a single (the other being the Celtic inspired On the Turning Away) as it is very “radio friendly” and can be listened to a) standalone and b) sober. But it’s just not the Floyd.

And due to that one track, I uncharacteristically dismissed the whole album without giving it the benefit of the doubt. I must have had A Momentary Lapse of Reason.