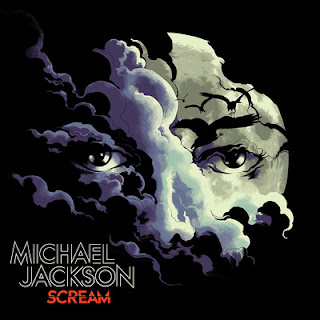 The new compilation is a collection of 13 of his all-time most electrifying and danceable tracks including Ghosts, Torture, Thriller, and Dirty Diana. Additionally, Scream includes a newly created bonus track, "Blood on the Dance Floor X Dangerous", a high-energy five-song mashup from the acclaimed remixer The White Panda who created a seamless new musical experience.

The choice of tracks for Scream reflects The King of Pop's affection for this time of the year and its themes of costumes and disguise, darkness and light, character transformations and surprise. The album will be available in two physical formats, CD and glow-in-the-dark vinyl (available October 27) each containing a poster unique to the format. Fittingly, the poster and cover art conceal the first ever AR (augmented reality) experience created for a Michael Jackson project.

Each track on Scream is remarkable in its own way. For example, "Dirty Diana," was the fifth consecutive No. 1 song from the album Bad which shattered records for consecutive chart topping singles off a single album; "Thriller", penned by Rod Temperton, was the seventh of an unprecedented seven Top 10 singles from Thriller, the biggest-selling album of all time; and the Top 5 hit "Scream" is the only duet between Michael Jackson and his sister Janet. Also included are fan favorites from The Jacksons' albums - "Torture" and "This Place Hotel" (the first single to be written, composed, and arranged solely by Michael); and, making its first appearance on a Michael Jackson album, "Somebody's Watching Me," the international 1985 hit by Rockwell featuring an iconic hook sung by Michael.

Listen to the Bonus Track: Blood On The Dance Floor X Dangerous (The White Panda Mash-Up)