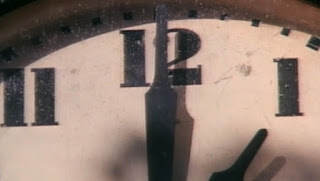 Acknowledged as a contemporary masterpiece, Marclay’s deft hand and musical virtuosity are brilliantly captured in this thrilling and poignant montage of thousands of film and television clips which specify the time of day.

Following several years of rigorous and painstaking research and production, Marclay edited these excerpts from well and lesser-known films into a chronological montage acting as both a functional timepiece and journey through cinematic history. The video is synchronised to local time wherever it is on display so that The Clock transforms artificial ‘cinematic time’ into the thrilling sensation of real-time inside the gallery. The audience watching The Clock experiences a vast range of narratives, settings and moods within the space of a few minutes, allowing time to unravel in countless directions at once. 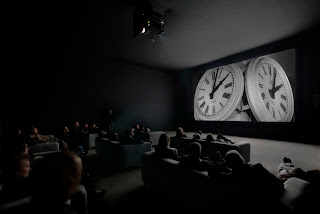 Frances Morris, Director of Tate Modern, said ‘Marclay’s The Clock is one of the most exceptional and complex artworks of the twenty-first century and it is no surprise that, wherever it is shown, the audience is riveted. We are delighted to be able to present this mesmerising work at Tate Modern during the day and in full 24-hour screenings.’ 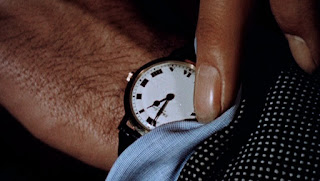 Tate jointly acquired Christian Marclay’s celebrated video work in 2012 together with the Centre Pompidou, Paris and The Israel Museum, Jerusalem. This internationally acclaimed piece has captivated audiences across the world from New York to Moscow. 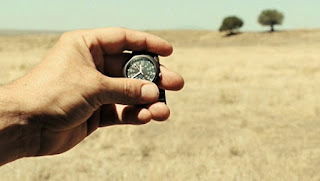 Christian Marclay is recognised as one of the foremost contemporary artists working in sound and image. He received the prestigious Golden Lion Award at the Venice Biennale in 2011 when this work was shown.

The public will be invited to experience the work for free, including monthly 24-hour screenings.
Full details of the dates for the 24-hour screenings of The Clock will be available (ironically) nearer the time.