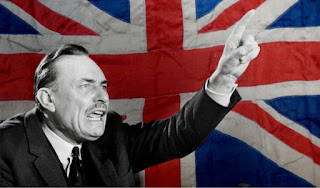 ‘I was a storm. I was also a man entirely alone in a storm. There were forces beyond my control and I was one of them.’

1968. Midlands MP Enoch Powell has something to say. Something he feels needs to be said. Something that could divide Britain forever.

1992. Oxford academic and daughter of a Caribbean immigrant, Rose Cruickshank, wants answers. Enoch’s controversial words about immigration shattered her childhood. Now she wants to know what led him to say them. Will a meeting with the man himself allow her to find the inner peace she desperately craves?

What Shadows takes a searing look at how a politically divided country moves forward in the wake of a crisis as it tells the story of Powell’s explosive Rivers of Blood speech, bringing to life the community that inspired it and, 30 years later, its effects on a woman trying to make sense of her life after her childhood was shattered by the toxic situation that followed.

Roxana Silbert said “As we near the 50th anniversary of Enoch Powell’s explosive ‘Rivers of Blood’ speech, I’m excited to be working once again with the brilliant Ian McDiarmid for Chris Hannan’s What Shadows. Chris’s powerful play is a scorching interrogation of how a divided nation can learn to speak across the divide.”

For more information and to book tickets visit https://lyceum.org.uk/whats-on/production/what-shadows