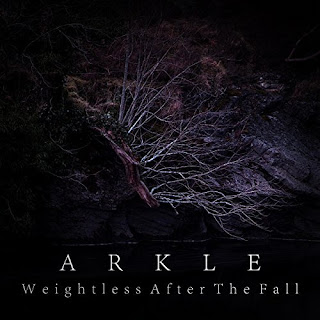 The Defective Inspector recently discovered a hidden gem at an open mic night and found the gothic sparkle of ARKLE...

It’s fair to say when it comes to the arts, I am far from an expert. But the blessing of my role on this website is I can talk about the anything I like regardless of experience, it’s a beautiful power that I try not to abuse. Recently I had the pleasure of discovering a hidden talent who hides amongst Bristol open mic nights and Spotify, really under the radar. I spoke to the talent in person because I was curious why he was in open mic nights. He tells me it’s not his life and 3 songs are all he had, 3 songs to make my judgement and set expectations for the future. Truth is… 3 songs were all I needed.

First of all let’s talk about ARKLE itself. Those of you attentive enough saw I referred to the talent as “he”. It’s a one-man solo band who toys with music in his spare time, once a guitarist of Revolution he walked away from the rock ‘n’ roll lifestyle to focus on other more academic pursuits. Problem is the man oozes talent so relentlessly that the odd evening in a DIY home based recording studio with his guitar/bass/vocal chords seems to be enough to make a respectable attempt. A reminder it’s just one man, Sam Bose. That’s impressive! As it currently stands there are only 3 songs on record, all available for purchase (link at the end of this article). The music style is clearly drawn from the 80’s gothic era and any age-old vampire in red velvet, sans sparkle, could relate to ARKLE.

I had access to all 3 songs with appropriate sound balancing (something you may not get successfully from the YouTube video) and what I find interesting about this mini-collection is they are… Well balanced. Unlike some bands which try to create 3 extremely broad, and thus scattered, styles ARKLE sticks to a strong bread and butter of soft vocals, hard and dirty electric guitar with almost haunting undertones. Being less of a goth than the average night stalker I approached my beloved, the resident goth, and we both agreed ‘Don’t Hesitate’ and ‘Reflection’ were quintessential 80s goth music reborn in a new era akin to Depeche Mode or Sister’s of Mercy. The final song ‘Silence’ is strangely more upbeat despite the title/lyrics. By injecting additional orchestral instruments into the mix a more theatrical element to the music comes to light and it works far better than it has any right too. It’s like going to a fusion restaurant and being pleasantly surprised. I enjoyed it, but I felt like I shouldn’t, but I’m not entirely sure why. What I find somewhat entertaining is that Sam is not confident in his skills, least of all his voice. It’s amusing because the vocals work perfectly with the style of the music, agreeably they are not exceptional or iconic but that’s fine! It doesn’t need to be, so why should it? His voice serves a purpose and serves it well, beyond that is not important.

I don’t pretend to be an expert, this is all humble opinion, but I think ARKLE is an impressive start to a logistically small operation and should be commended. The bitter truth is Sam will likely continue his selfish endeavours in science and we’ll only be given the occasional nugget of ARKLE every few months. But between you and me... I know he is only due to study for another year. Fingers crossed eh?

If you want your own piece of ARKLE, support the Facebook page