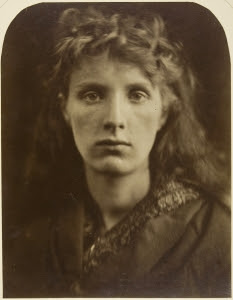 The National Portrait Gallery is to stage an exhibition of photographs by four of the most celebrated figures in art photography, including previously unseen works and a notorious photomontage...

The exhibition will be the first to examine the relationship between the four ground-breaking artists. Drawn from public and private collections internationally, it will feature some of the most breath-taking images in photographic history, including many which have not been seen in Britain since they were made. 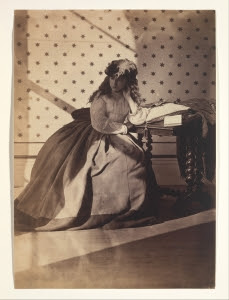 Victorian Giants: The Birth of Art Photography will be the first exhibition in London to feature the work of Swedish born ‘Father of Photoshop’ Oscar Rejlander since the artist’s death. it will include the finest surviving print of his famous picture Two Ways of Life of 1856-7, which used his pioneering technique combining several different negatives to create a single final image. Constructed from over 30 separate negatives, Two Ways of Life was so large it had to be printed on two sheets of paper joined together.

Seldom-seen original negatives by Lewis Carroll and Rejlander will both be shown, allowing visitors to see ‘behind the scenes’ as they made their pictures. 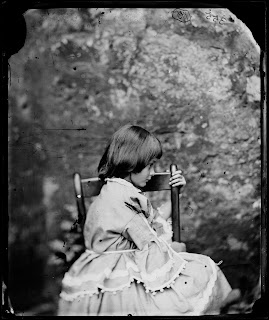 An album of photographs by Rejlander purchased by the National Portrait Gallery following an export bar in 2015 will also go on display together with other treasures from the Gallery’s world-famous holdings of Rejlander, Cameron and Carroll, which for conservation reasons are rarely on view. The exhibition will also include works by cult hero Clementina Hawarden, a closely associated photographer. This will be the first major showing of her work since the exhibition Lady Hawarden at the V&A in London and the J. Paul Getty Museum in Los Angeles in 1990.

Lewis Carroll’s photographs of Alice Liddell, his muse for Alice in Wonderland, are among the most beloved photographs of the National Portrait Gallery’s Collection. Less well known are the photographs made of Alice years later, showing her a fully grown woman. The exhibition will bring together these works for the first time, as well as Alice Liddell as Beggar Maid on loan from The Metropolitan Museum of Art, New York. 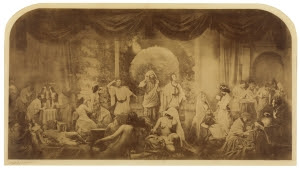 Visitors will be able to see how each photographer approached the same subject, as when Cameron and Rejlander both photographed the poet Alfred, Lord Tennyson and the scientist Charles Darwin, or when Carroll and Cameron both photographed the actress, Ellen Terry. The exhibition will also include the legendary studies of human emotion Rejlander made for Darwin, on loan from the Darwin Archive at Cambridge University.

Victorian Giants: The Birth of Art Photography celebrates four key nineteenth-century figures, exploring their experimental approach to picture-making. Their radical attitudes towards photography have informed artistic practice ever since.

The four created an unlikely alliance. Rejlander was a Swedish émigré with a mysterious past; Cameron was a middle-aged expatriate from colonial Ceylon (now Sri Lanka); Carroll was an Oxford academic and writer of fantasy literature; and Hawarden was landed genty, the child of a Scottish naval hero and a Spanish beauty, 26 years younger. Yet, Carroll, Cameron and Hawarden all studied under Rejlander briefly, and maintained lasting associations, exchanging ideas about portraiture and narrative. Influenced by historical painting and frequently associated with the Pre-Raphaelite brotherhood, they formed a bridge between the art of the past and the art of the future, standing as true giants in Victorian photography. 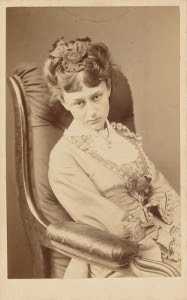 Dr Nicholas Cullinan, Director, National Portrait Gallery, London, said ‘The National Portrait Gallery has one of the finest holdings of Victorian photographs in the world. As well as some of the Gallery’s rarely seen treasures, such as the original negative of Lewis Carroll’s portrait of Alice Liddell and images of Alice and her siblings being displayed for the first time, this exhibition will be a rare opportunity to see the works of all four of these highly innovative and influential artists.’

Phillip Prodger, Head of Photographs, National Portrait Gallery, London, and Curator of Victorian Giants: The Birth of Art Photography, added ‘When people think of Victorian photography, they sometimes think of stiff, fusty portraits of women in crinoline dresses, and men in bowler hats. Victorian Giants is anything but. Here visitors can see the birth of an idea – raw, edgy, experimental — the Victorian avant-garde, not just in photography, but in art writ large. The works of Cameron, Carroll, Hawarden and Rejlander forever changed thinking about photography and its expressive power. These are pictures that inspire and delight. And this is a show that lays bare the unrivalled creative energy, and optimism, that came with the birth of new ways of seeing.’

Victorian Giants: The Birth of Art Photography is curated by Phillip Prodger Ph.D, Head of Photographs at the National Portrait Gallery, London. He is author and editor of eighteen books and catalogues, including the acclaimed Eggleston Portraits (2016). A recognised expert in Victorian photography, he is the author of the award-winning Time Stands Still: Muybridge and the Instantaneous Photography Movement (2003) and Darwin’s Camera: Art and Photography in the Theory of Evolution (2009), named by New York Times as one of the best art books of the year.

1 March -20 May 2018, at the National Portrait Gallery, London
Find out more and get tickets at www.npg.org.uk/victoriangiants