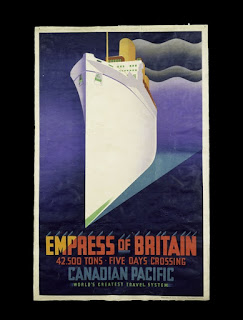 In February 2018, the V&A will re-imagine the golden age of ocean travel with the major new exhibition, Ocean Liners: Speed & Style, sponsored by Viking Cruises....

Co-organised by the V&A in London and the Peabody Essex Museum in Salem, Massachusetts, it is the first ever exhibition to explore the design and cultural impact of the ocean liner on an international scale. It will explore all aspects of ship design from ground-breaking engineering, architecture and interiors to the fashion and lifestyle aboard.

Ocean Liners: Speed & Style will showcase over 250 objects, including paintings, sculpture, and ship models, alongside objects from shipyards, wall panels, furniture, fashion, textiles, photographs, posters and film. It will display objects never-before-seen in Europe, and reunite objects not seen together since on-board these spectacular vessels, which revolutionised ocean travel from the mid-19th century to the late 20th century. 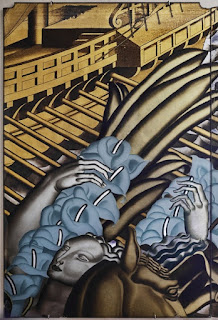 Highlights include a precious Cartier tiara recovered from the sinking Lusitania in 1915, as well as a panel fragment from the Titanic’s first class lounge, returning to the UK for the first time since its doomed maiden voyage in 1912. Others include a stunning interior panel from the Smoking Room of the French liner, Normandie, created by leading Art Deco lacquer artist Jean Dunand, and Stanley Spencer’s painting ‘The Riveters’ from the 1941 series Shipbuilding on the Clyde. The Duke of Windsor’s sumptuous 1940s Goyard luggage will also feature, on display in Europe for the first time since leaving the Windsor Estate. As the largest machines of their age, ocean liners became powerful symbols of progress and 20th century modernity. 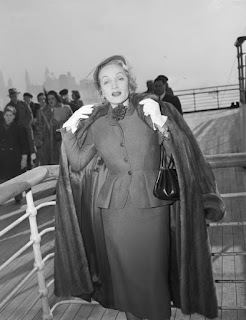 The exhibition will also feature ground-breaking works by Modernist artists, designers and architects inspired by liners, including Le Corbusier, Albert Gleizes, Charles Demuth and Eileen Gray. Beginning with Brunel’s steamship, the Great Eastern of 1859, the exhibition will trace the design stories behind some of the world’s most luxurious liners, from the Beaux-Arts interiors of Kronprinz Wilhelm, Titanic and its sister ship, Olympic, to the floating Art Deco palaces of Queen Mary and Normandie, and the streamlined Modernism of SS United States and QE2. It will throw light on the famous passengers and the great couturiers who looked to ocean travel to promote their designs. On display will be the Christian Dior suit worn by Marlene Dietrich as she arrived in New York aboard the Queen Mary in 1950, and a striking Lucien Lelong couture gown worn for the maiden voyage of Normandie in 1935. The exhibition will also showcase one of the most important flapper dresses in the V&A’s collection – Jeanne Lanvin’s ‘Salambo’ dress – a version of which was displayed at the Exposition Internationale des Arts Décoratifs et Industriels Modernes in Paris in 1925. The dress belonged to Emilie Grigsby, a renowned wealthy American beauty, who regularly travelled between the UK and New York aboard the Aquitania, Olympic and Lusitania throughout the 1910s and 1920s. 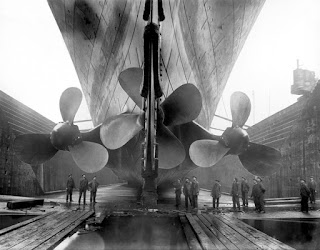 Ghislaine Wood, exhibition curator, said: “The great age of ocean liners has long passed but no form of transport has been so romantic or so remarkable. Three years in the making, this exhibition will show how liners have shaped the modern world in many ways.”

Tristram Hunt, Director of the V&A, said: “I’m delighted that this dazzling exhibition, the first of its kind to explore the international design and cultural impact of the ocean liner, will be the V&A’s first major exhibition of 2018. This seminal show will reveal hidden design stories of some of the world’s most luxurious liners, from the Titanic to the Normandie and QE2. We have collected ship-related objects and ephemera for well over 100 years, and now have a startlingly brilliant collection of ocean liner material, making us uniquely placed to present this exhibition. I’d like to thank our sponsors, Viking Cruises, for their generous support in helping us stage this ambitious show.”

Torstein Hagen, Chairman of Viking Cruises, said: “A Viking journey is all about exploration and discovery, and we are committed to providing culturally enriching experiences to our guests, both on board our ships and on shore. We are very pleased to work with the world’s leading museum of art and design and performance, and to partner on this very exciting exhibition celebrating ocean travel, past and present.” 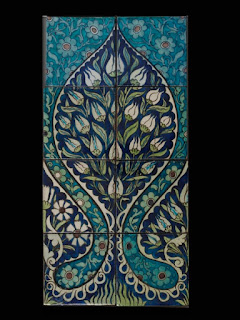 Ocean Liners: Speed & Style will reveal the largely forgotten history of leading artists and designers who contributed to their design, such as William De Morgan, Richard Riemerschmid, Jean Dunand, Edward Bawden and Edward Ardizzone. It will also highlight the political shifts and the international rivalry that developed over 100 years, as liners became floating showcases of national ingenuity. The exhibition will consider the sociology of ships and shifting class structures on-board, as well as the democratisation of travel and development of leisure activities in the 20th century. It will also investigate the shrewd promotional strategies used by shipping companies to reposition the on-board experience, as emigration gave way to aspirational travel. The ocean liner has been appropriated into pop-culture, literature and films, including Ronald Neame’s dystopian The Poseidon Adventure (1972) and James Cameron’s Titanic (1997), which remains one of the most successful films ever made. This, and the phenomenon of the modern cruise liner will also be explored, demonstrating how nostalgia for the great ‘floating palaces’ of the past can still be felt today.

Images and info - V and A

Find out more from vam.ac.uk/OceanLiners
Email ThisBlogThis!Share to TwitterShare to Facebook