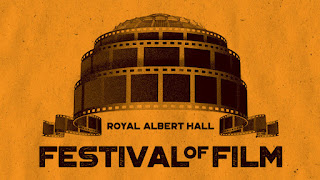 Bad Seed Barry Adamson, presenter and pianist Neil Brand, and Matt Johnson, frontman of The The, will join the likes of Michael Giacchino and James Newton Howard at the Royal Albert Hall’s Festival of Film in October...

Events newly confirmed in this eclectic, unmissable season – which brings movie music centre-stage – include Adamson discussing his work on Lost Highway as part of a celebration of David Lynch, Brand’s new silent comedy show for kids, and Johnson in conversation with Colleen ‘Cosmo’ Murphy – digging into what makes a truly great score.

Movie producer Mia Bays, meanwhile, will present ‘The Many Faces of Marilyn’ – an exploration of Marilyn Monroe’s legacy, with a panel discussion and the chance to see Billy Wilder’s Some Like It Hot and the blistering film noir, Clash by Night, on the big screen.

Mehdi Aoustin-Sellami, Head of Programming at the Royal Albert Hall, said: “These shows will enhance your love of movies – and the music that gives it so much of its power and emotion – with insights from some of the most important voices in cinema today.”

The Festival of Film, running from 7 October to 3 November is headlined by Film in Concert presentations of Jaws, Fantasia and The Addams Family, alongside a celebration of the legendary James Horner (Titanic, Aliens, Avatar), and world premiere career retrospectives of Michael Giacchino and James Newton Howard – featuring the composers themselves.

Giacchino is an Oscar, Emmy, BAFTA and Golden Globe-winner, whose work can be heard in two of the summer’s biggest films – Spider-Man: Homecoming and The War for the Planet of the Apes – as well as Lost, Rogue One, the rebooted Star Trek series, and Pixar’s Up and The Incredibles. James Newton Howard worked with the likes of Elton John and Diana Ross before embarking on a big screen career that has included The Sixth Sense, The Dark Knight, The Hunger Games series and Fantastic Beasts.

The season comprises 25 events across seven spaces, including a special Late Night Jazzdate starring Robert Habermann and dedicated to movie musicals, a soundtrack silent disco in the venue’s underground Loading Bay, and Ali Hood from the Shark Trust trying to debunk a few myths about his subject, ahead of Jaws.

Opera Holland Park’s new ‘Opera and the Silver Screen’ show will explore arias used in popular films like The Untouchables and The Shawshank Redemption, with the help of some extraordinarily talented singers.

Family events including Neil Brand’s Silent Laughter, a new, hour-long clip show especially for kids, featuring fast and furious comedy from the likes of Laurel & Hardy and Buster Keaton – all accompanied by the fastest piano fingers in the business – as well as Patrick Monahan’s Film Quiz for Kids, the interactive Heroes and Heroines concert from Albert’s Band, and a Fun DMC Film Special, with special guest DJ Yoda.

The Celebrating David Lynch evening will feature a double-bill of the new documentary portrait, The Art Life, and the director’s 1997 masterpiece, Lost Highway, with a post-film Q&A with composer Barry Adamson, while Matt Johnson – frontman of The The and a big screen composer – will discuss what it takes to make a great film score, in a revealing chat with Classical Album Sundays founder, Colleen ‘Cosmo’ Murphy. Johnson has scored feature films Tony and Hyena, and the documentaries Moonbug and The Inertia Variations.

The Festival of Film tour, running throughout the season, will take you on a fascinating journey through the Hall’s history on the big screen, from the films of Alfred Hitchcock and Michelangelo Antonioni to Spice World, via Julie Andrews, Michael Caine and Woody Allen.

Find out more and buy tickets here.
Email ThisBlogThis!Share to TwitterShare to Facebook