This is probably going to be an unknown for damn near everyone on this site but all of you should do yourself a favor and check out this man’s music. Brad Roll was a friend I met in College. He creates some of the most beautiful and amazing music I’ve ever heard. This song talks about going out to dinner with his pregnant wife and I absolutely love the lyrics: “She orders water, she’s drinking for two.” The picking pattern on what seems to be a mandolin in the chorus is enough for me to push for recognition of this song. If you like this, take a listen to the rest of the music on his site. It is really for any fans of folk or soft rock.

[Editor's Note: There is no video available but listen to the song on the link below] 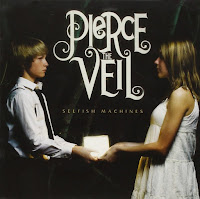 I used to HATE Pierce the Veil but I am so glad that I gave them another chance. I saw them quite a few years ago, when they were on their first tour and I thought that they sounded terrible. Sadly, I had never heard their studio music and I was a pretentious dick who refused to give them a shot. Thankfully my partner in Warped Tour trips, David Utrup, convinced me to listen to them and damn was I wrong. The best way I can describe their music is a weird blend of metal and My Chemical Romance and that is incredible. This song has everything: great vocals, great screams, sweet guitar riffs, a killer rhythm section, and some weirdly haunting piano work. Don’t make the same mistake I did. Listen to this band and enjoy! 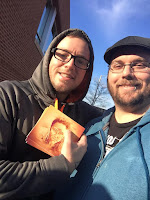 Weerd Science is the rap name used by Coheed and Cambria drummer Josh Eppard. This project is unbelievable and I cannot for the life of me understand how this isn’t bigger. Eppard has ridiculous flow that brings to mind Eminem, Common, and Mos Def but with his own style. His delivery is killer and his voice has a great timbre for this genre. This is my favorite song of his. It is musically a great throwback to the glory days of early to mid-90s rap and his lyrics are great. This is one of my favorite debut albums from any artist and this song is so strong that I actually teach it in my junior English class to talk about rhythm, structure, and allusion. Take a listen if you are a fan of rap at all. It isn’t that terrible hook ridden rap that is just one line repeated indefinitely. Instead, Eppard delivers a full-fledged lyrical assault that leaves the listener wanting more. Also, on a personal note, I was fortunate enough to meet Josh a few years ago at a Coheed concert. I had just bought his latest Weerd Science album at the time and I told him how I taught this song. He sat there for, no kidding, 15 minutes giving me insight on the song and the references. He is not only an incredible rapper, lyricist, and drummer—he is also cool as hell. 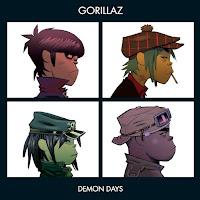 Gorillaz was one of those groups that burst onto the scene and I had no idea what to think about them. Their first single, “Clint Eastwood” is so nostalgic for me that I will crank it whenever I hear it. They have since released a somewhat unsteady stream of music but have never really lost their incredibly unique style. They mix British pop, rock, some new wave feels, and hip hop to create this strange, otherworldly sound that is so much fun to listen to. This song is one that you can just sit back and relax, chill out to the vibes presented and to the cool trade off of synth, strings, guitar, and airy vocals. 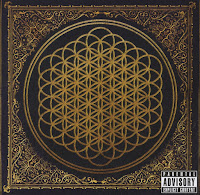 Ah Bring Me the Horizon. This is a band that most “metal” fans seem to hate because they have a huge cult following of screaming fan girls who only seem to like them because Oli Sykes is sexy as hell. Well, I’m a 33-year-old fat guy and I love this band. They started out as a deathcore band but have since expanded their sound and created something that is very much their own. For all of his hate, I genuinely enjoy Oli’s lyrics and I love this song. Lyrically, it is very negative about religion which is somewhat troubling for me (“Show me a sign, show me a reason to give a solitary fuck about your goddamn beliefs. I’m going blind but one thing’s clear: death is the only salvation you’ll feel”). I am a somewhat religious person myself but I still dig this band and this song. Putting it simply: it jams. It has a great vibe, a great hook, and a pretty sweet breakdown, setup by the lyrics, “And when you die the only kingdom you’ll see is two-foot wide and six-foot deep.” It may offend some who are religious but the song is still damn good and it is from what is arguably their best album.