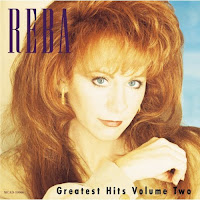 Every Monday, kick off your commute with Cut the Music, as Cody Dearing & Ed Reed from Austin Texas get to the bottom of whether or not there's anything funny going on in some well known songs from the past. This week, it's a little bit country with Reba McEntire's Fancy...

[Editors Note - And if you think you recognise one of the voices on our new podcast, you'd be right as Cody is one of the co-hosts of the brilliantly funny and NSFW film podcast Was This Always Weird that we feature every Friday over on our sister site at The DreamCage. With each Cut the Music episode under 20 minutes long, this is pretty much a music-related spin-off version of that!]

Reba McEntire covers a Billie Gentry song from the 60's in what seems to be a bit of an attempt to have us believe she herself has a terrible past. We dive deep into the lore the darkens Reba's stage persona, and try to better understand a song about starving babies, dying mamas and encouraging your own daughter towards prostitution.

Listen to this week's Cut The Music:

And here's the song they're talking about: