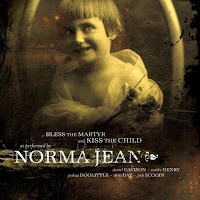 Norma Jean is an American Metalcore band from Georgia. I first heard Norma Jean after the release of their very first album: Bless the Martyr and Kiss the Child, and was hooked immediately. This was one of the first bands I had ever heard that had their sound – the screams, the weird sounding chords, the strange rhythms, and of course all that energy. As the years have progressed, the band has slowly lost all of its original members but they are still releasing decent music. As for my money, their first album is stellar and one of my favorite in this genre. This song starts out of the gate at a sprint, straight into screaming and interesting guitar work. If you like this song at all, this would be a great album to pick up. It is raw and rough sounding but I like it a bit more than their later work. 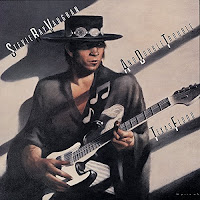 I have been playing guitar for damn near two decades now and in my opinion there has never been a greater all around guitar player than Stevie Ray Vaughan. He couldn’t read music but like some greats before him, that never stopped him from being able to wail with the best. He once said he plays strictly on feel, which is easy to see if you ever watch him live. Vaughan’s work has a great mix of blues and country and his strange yet amazing vocals are addictive to hear. If you enjoy those sweet shuffles with constantly moving guitar work, this is the guy for you. He solos only shortly in this song but his talent can be heard even in this tiny window into his music. Do yourself a favor and check out Stevie Ray Vaughan, although if you haven’t heard of him at this point, what the hell have you been doing with your life? 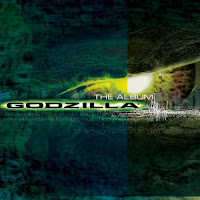 Fuel is a great look at late 90s to early 2000s rock music. They were never anything exceptional but they were a solid band. They are most known for their hits “Shimmer” and “Hemorrhage (in my hands)” but this song is probably my favorite of theirs. This comes from the Godzilla soundtrack from 1998, a movie that has its problems but is utterly watchable. This soundtrack though, this is where the movie really shines. Along with this Fuel song, there are also amazing contributions from Jamiroquai, Rage Against the Machine, Foo Fighters, Green Day, Silverchair, and the Wallflowers. It is a great piece of pop culture that truly represents the zeitgeist of the late 90s. This song has all the hallmarks of those years: Slower verses, mainly bass driven work in the verse, louder, more epic choruses, catchy lyrics, and lots of overdrive and chorus effects on the guitar. 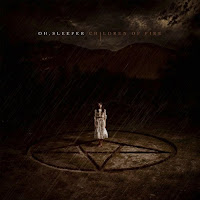 One of my students introduced me to Oh, Sleeper when they used this song on their final film project. I fell in love and instantly bought everything I could get my hands on. They are a Christian metalcore band, a genre that contains such greats as As I Lay Dying, I the Breather, and August Burns Red, and they are another great addition to that world. This song starts out with strumming guitar and quiet singing but once the screaming kicks in, this song takes off. It contains a lot of the hallmarks of metalcore: soaring choruses, some great screams, decent drum and guitar work, and constantly shifting rhythms. And of course, it has a sweet breakdown near the end for all of those fans of the genre. Check this out and pick up the entire album. 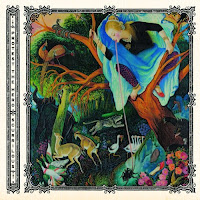 Protest the Hero is a band that should be so much more well-known considering the talent and amazing work they have released. They are easily in my top five favorite bands and I have been a fan since I discovered them in 2006. They have since released four full-length albums as well as piloted a new album process which releases each song as it is done. Their music is progressive metal but is unlike any other band I’ve ever really heard. I remember listening to Kezia, their debut album, and being equal parts pissed and enthralled because it was amazing but I would never be a quarter as talented as they are. Over the course of their career they have constantly evolved their sound but they have maintained an almost punk vibe while layering in straight progressive metal. This song comes from their third album is was the first to have lyrics not centered on a concept. This song is about the suffering a family member endures throughout cancer treatments. The lyrics on this entire album are far more personal than any of their other work and it can be felt in Walker’s delivery. If you like this even a little but, do yourself a favor and check out their entire back catalog. They are incredible live and seem like very chill and funny guys who simply love to play music.