Turn That Noise Down - White Lion 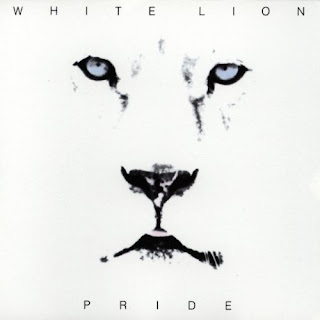 So many well-known albums turn 30 this year and Steve Taylor-Bryant and Susan Omand travel back to 1987 to revisit some of the sounds of their youth that made parents shout "Turn that noise down!" This week, Susan Omand roars back to White Lion and Pride...

There’s two things I remembered about this album when I picked it for a relisten in our Turn That Noise Down strand. It was the first album that I bought the cassette tape of rather than the vinyl album and I initially only bought it in the first place because of the cover art as I knew nothing about the band or the music, just that I liked the art. I guess old habits die hard! Anyway, when I got the tape home and played it, I got some pretty decent Danish-American hair metal and I was happy enough with my purchase.

And that’s really what comes across again as I listen to it now – I’m happy enough listening to it but it’s a bit wallpapery. There’s soaring guitars and driving drums, yes, but it sounds very like all the other “also ran” bands around at the time, there’s nothing really that makes them memorable or stand out like Aerosmith or Van Halen. I guess that’s why they stayed in the lower echelons of the charts if at all, with each single taking a long time to seep into the collective psyche, and were always the opening act for a lot of big tour bands rather than headlining – they’d never steal anyone’s Thunder (pardon the band pun). Song-wise, Sweet Little Lovin’ sounds like a straight lift from a Van Halen album (albeit post Diamond Dave Van Halen) and All You Need is Rock & Roll and All Join Our Hands want to be the anthemic chants of Aerosmith. But all their upbeat songs lacked the cocky attitude, the bumptious arrogance, the (to use a Gaelic word for which there is no good literal translation) MAIDSE (pronounced Ma-sheer) of other bands of the time. They were, by comparison to other rock gods of the time, “too nice.”

Taking all that into account, the best song on the album for me is Lady of the Valley. It has shades of what would become the rock style of bands like Blind Guardian and Gloryhammer – that whole Nordic saga story-telling thing with balladic verses and heavy thrash choruses. And I guess that is what makes White Lion different, but you have to look hard for it to notice it now, as they ensnared the power of the Power Ballad and twisted it up a gear, at the same time making the lyrics cleverer than yer normal 80’s hair metal. It shows what they could have been in a different time and place, where they weren’t fighting for recognition among the behemoths of the 80’s.

However, one song does not an album make and, listening to Pride again 30 years on, White Lion just seems tame. Sorry.