Turn That Noise Down - Heart 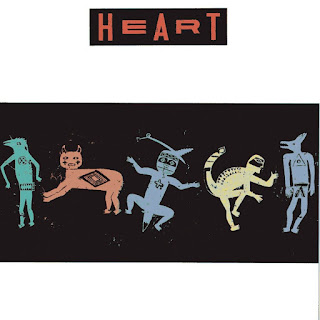 So many well-known albums turn 30 this year and Steve Taylor-Bryant and Susan Omand travel back to 1987 to revisit some of the sounds of their youth that made parents shout "Turn that noise down!" This week, Steve is not quite all Heart about Bad Animals...

Bad Animals is a strange album to look back upon. It gave Heart their first real success outside of the United States and Canada, it put them in bigger and better arenas as it built on 1985's self titled commercial hit, it made the Wilson sisters household names, it spawned three or four great singles, and yet it pretty much signalled the beginning of the end for a band that had been going since the early 1970's.

There's not a lot to dislike on Bad Animals. The singles Alone, Who Will You Run To and There's The Girl were all solid albeit perhaps a bit overproduced as was the glam/hairspray rock style at the time, and Bad Animals certainly brought a new fan base to the band. Album tracks such as Bad Animals and Easy Target could easily have been successful in the singles chart and I don't really have anything negative to say about the release. So why don't I enjoy listening back to Bad Animals? Or its predecessor Heart for that matter? Probably because as I got older and more musically wise I discovered the folk rock past of the sisters, I stumbled across a pair of songwriters that were immense in their imagery and tale telling. I grew to love the film score work and the reinvention of their folk rooted music in later years which shows just how commercial and dare I say unnecessary the Bad Animals period was.

The album is a great example of 1980's rock and without what had come before or since it would probably get a lot more love from me but because I grew up and went on a mission of discovery it just leaves me feeling uncomfortable.