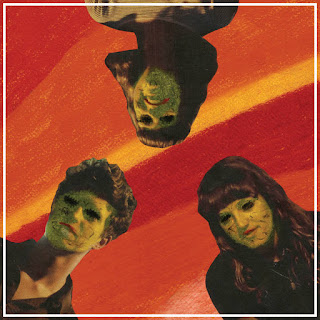 Neil Gardner is a bit of an audio guru, being the brains behind an award winning spoken word production company. But sometimes he likes to retreat from the digital studio to listen to some music analogue style, on vinyl. This time it's a 3 song single from Our Girl...

Side A: Being Around/ No Big Deal - two songs for the price of one on side A of this vibrant orange release. Dreamy layered guitar indie pop. 90s inspired indie shoe gazing with angelic female vocals and big cymbals. Expansive love angst wrapped in an epic indie vibe. A questioning tone but never depressing.

Side B: Sad Fuzz - with a welcome tone reminiscent of Shakespeare’s Sister, this low grubby piece of storytelling is hypnotically repetitive with a side order of positive love imagery. Distortion splurged sounds from a dark and gritty club.

Finyl Thought: a whole heap of fantabulous female vocals backed by a houseboat of distortion and indie daytrippers