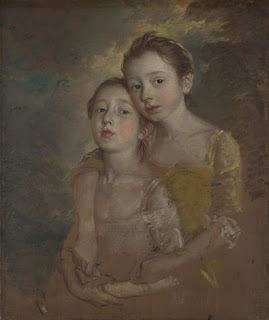 Gainsborough's daughters Mary and Margaret were baptised in February 1750 and August 1751. Mary appears to be about nine or ten years old, and Margaret about eight or nine.

Gainsborough had moved with his family from Ipswich to Bath in the autumn of 1759 and this work may therefore have been painted in Bath rather than in Ipswich. The painting is unfinished, but the outlines of a cat whose tail is being pulled can be seen on the lap of the elder girl. 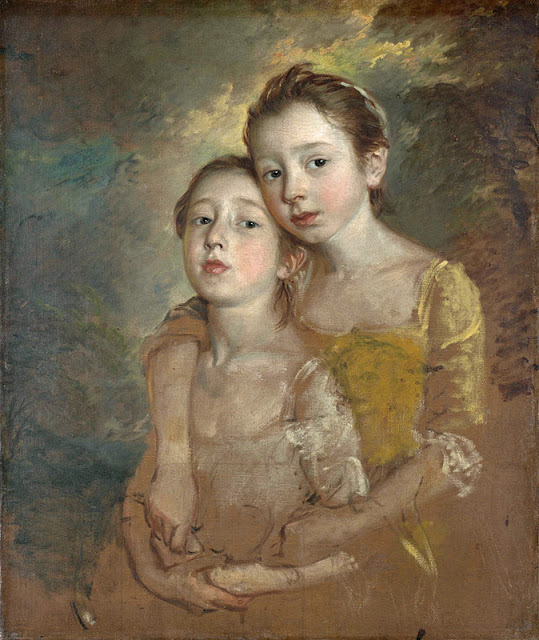 The pose of the children suggests an almost protective nature of the elder for the younger although both faces are wary and it doesn’t feel relaxed in any way. The detail of the features though is so well depicted that I do wonder why the painting was unfinished. Was this an oil sketch for a future piece, did the artist just not like it or did something happen that the artist never returned to it?

I really like the underpainting and negative space (the bits left unpainted which still suggest shape) of the sleeve on the yellow dress for some reason and the way the light hits the bone structure, especially on the collar bones.

I find this a highly unsettling and uncomfortable picture. It feels forced and tortuous both in pose and execution. There’s a lot of unhappiness. And that poor cat!

No – there’s something disquieting about these children.