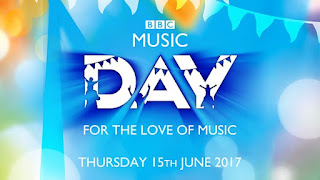 Each monologue is based on this year’s BBC Music Day theme The Power of Music and the specially-commissioned works will be broadcast throughout the day on Radio 3 this Thursday 15th June.

The monologues’ topics range from an unbeaten boxer being confronted with Brahms’s Lullaby during his last fight, to a broken man coaxed back to life by hearing Bach’s St Matthew Passion over a tube station tanoy and an orchestral clarinettist breaking rank for an unexpected solo.

UPDATE - you can find all the monologues HERE

The Boxer’s Epiphany
Brahms’s Lullaby is an unwelcome guest in the boxing ring for a boxer at his final fight lulled into an epiphany. In this comic piece, the first BBC commission for writer Salim Allybokus, Kayvan Novak stars as an unbeaten boxer, delivering the final blows of his last fight when he is visited by the unwelcome sound of Johannes Brahms’s well-known piece Lullaby Op.49 No.4.


Unravelling
Liam Neeson stars as a world class concert pianist who is reduced by dementia, playing whatever he can still manage for friends and family. When he stretches for Ravel’s Concerto in C his thoughts unravel and yet his fingers hold their own memories. This poetic piece is written by Jan Carson, a Northern Irish writer new to the BBC. Pianist: Laurin Sableviciute. 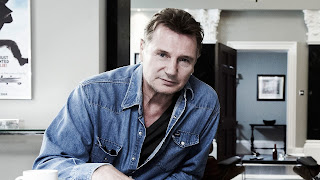 Movement
In the briefest of silences between the movements of Stravinsky’s Petruhska, Portia’s new relationship with Mark is exposed for what it truly is, and things will never be the same again. This new commission by Scottish writer Ross Dunsmore stars Sophie Wu.


Orchestral Groupies With Shaved Heads
The lead clarinettist of the Northern Ireland Philharmonic is in for it: She’s shocked everyone by disrupting a concert with a Saint-Saёns Clarinet Sonata in E-Flat Major solidarity solo. She did it for her groupies. Tamsin Greig stars in this offbeat and moving love story by Northern Irish writer Emily De Dakis.


After Exile
Julie Hesmondhalgh stars as upbeat, eccentric Rosheen, who has been dealing with her encroaching hearing loss with characteristic ebullience, and has reconciled herself to a life without the music and socialising she used to love. But then she hears it - loud and clear - Boccherini’s La Musica Notturna Delle Strade di Madrid. This earworm starts to transform her relationship with hearing loss… and her friend Roger. This is a celebratory piece by writer Grace Knight. Director: Rachel Williams.


Kilburn Passion
Daniel Mays stars as a man, beaten and broken. Tam is coaxed back to life by his own memories when he hears Bach’s St Matthew Passion playing over the tannoy in Kilburn underground station. This complex piece is written by Amy Ng.