Turn That Noise Down - Living in a Box 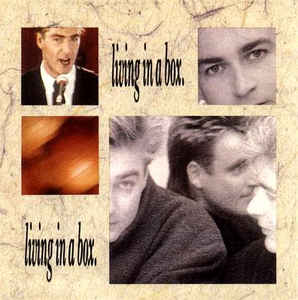 So many well-known albums turn 30 this year and Steve Taylor-Bryant and Susan Omand travel back to 1987 to revisit some of the sounds of their youth that made parents shout "Turn that noise down!" This week, Steve Taylor-Bryant remembers Living In A Box, released in May 1987...


Living in a Box's (Boxes? Boxi?) self titled album is a glorious overindulgence in everything 1980's. Layers upon layers of synthesisers, funky bass lines, clap machines, electronic drums, soulful backing vocals, and lyrics you don't really 'get' on first listen. If I'm completely honest I still don't 'get' half of the lyrics from this Sheffield trio but that doesn't stop me loving the smile on my face and warmth in my soul when the album plays.

Whilst most folk know Living in a Box'sesess self titled single not many remember any others and apart from the incredibly cheesy sounding Scale of Justice I struggled to name much more. Playing the album in its entirety I vaguely remember Love Is The Art and So The Story Goes which sound too similar for my liking but I was pleasantly pleased by Generate The Wave which sounds like it could come from some movie soundtrack, and Superheroes was pretty cool if you like the 80's sound.

This is definitely one for the purist of fans or maybe a 1980's themed party but quite honestly I'm regretting spending £7.99 on an album that is essentially a remix of the previous song with the title song's bass beat. However Living In A Box is still a sing along track and worth being laughed at as I danced in the local library with my headphones in.