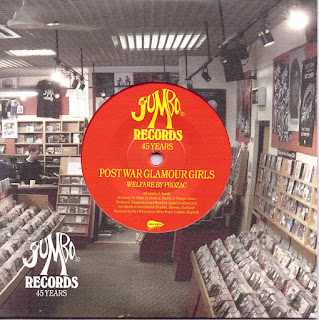 Neil Gardner is a bit of an audio guru, being the brains behind an award winning spoken word production company. But sometimes he likes to retreat from the digital studio to listen to some music analogue style, on vinyl. This time it's Post War Glamour Girls and Welfare by Prozac...

Insistent rhythmic beats with heartbeat bass and twanging guitar overlaid with duelling male and female vocals. Indie desert rock. Road trip storytelling with a flavour of a Tarantino soundtrack. Takes you on a wild and crazy ride to a lyrical highway somewhere hot and unexpected. 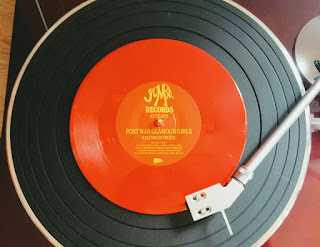 Finyl Thought: Grab your gun and jump in the long low Cadillac, it’s time to head out on the road for action and adventure.