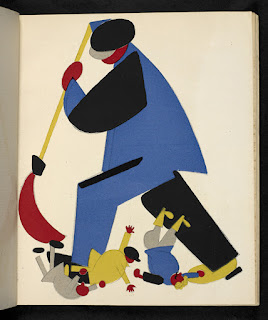 Russian Revolution: Hope, Tragedy, Myths presents rarely seen items from across the political spectrum, from a first edition of the Communist Manifesto to anti-Bolshevik propaganda, and gives a unique opportunity to understand the lesser-known personal stories behind the events that changed the world. 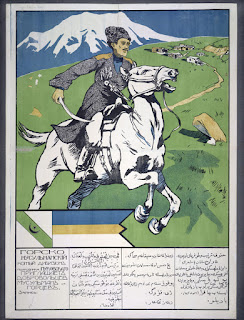 This definitive exhibition takes a fresh look at the Russian Revolution 100 years on, from the reign of Russia’s last Tsar to the death of Lenin through posters, letters, photographs, banners, weapons, items of uniform, recordings and film: from a luxury souvenir album of the Tsar’s coronation to propaganda wallpaper hand-painted by women factory workers. It will shine new light on the unprecedented and world-changing events of the period, focusing on the experiences of ordinary Russians living through extraordinary times. 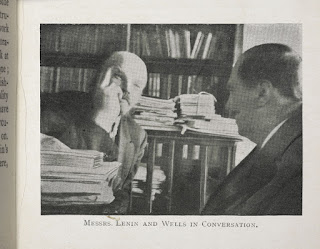 The items on display unite the political and the personal, as well as highlighting the Revolution’s central characters, most notably Nicholas II, Rasputin, Lenin and Trotsky, alongside the tales of ordinary people living through extraordinary times.

1st edition of Communist Manifesto, published in London in 1848
Nicholas II Coronation Album from 1896
Russo-Japanese War cartoon posters
Photographic images and caricatures of Rasputin
Leg irons from a Siberian prison camp
Items of Red Army uniforms
White Russian counter-revolutionary propaganda posters
Lenin’s Memorial Book
Banner gifted to the Shipley Young Communist League
A letter, dated 1922, from Scotland Yard to the British Museum Library requesting that a selection of Bolshevik literature is not made public due to its incendiary nature 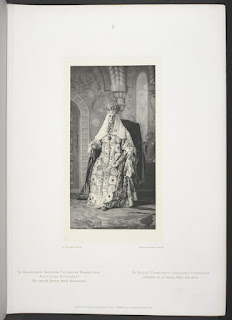 The exhibition will begin in the reign of the last Tsar and explore the growth of revolutionary movements and colossal social and political change, showing the transformation of Russia’s traditional monarchy into the world’s first Communist state. Key figures such as Nicholas II and revolutionary leaders including Vladimir Lenin will be examined along with the political events of the period. 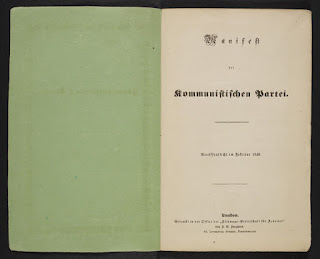 Items going on display for the first time include material from the Library’s extensive collection of Bolshevik and anti-Bolshevik propaganda, as well as a letter written by Lenin in April 1902, applying to become a Reader at the British Museum Library, now part of the British Library. The letter is signed with his pseudonym, Jacob Richter, which he was using in order to evade the Tsarist police of the time.

“As well as giving an overview of momentous events all the way from the last days of the Russian Empire and the downfall of the last Tsar Nicholas II until the rise of the first communist state under Lenin’s leadership, we will also be focusing on the lives of those who lived through the period for the first time, using letters, diaries, photographs, posters and film. We will be showing some very rarely seen items from our world-leading Russian Revolution collection, alongside loans from a range of national and international institutions.” 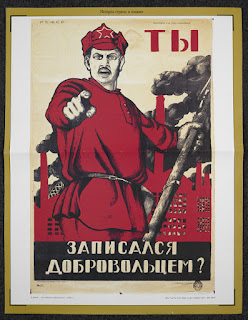 The exhibition is accompanied by a varied season of events exploring how the Russian Revolution changed the world forever, exploring the impact on Russian literature, architecture, music and artistic expression, as well as examining the life and times of key figures, such as Lenin and the Romanovs.

Shadows of Days: An Evening of Russian Émigré Fiction - At this exciting event, readings by actors Geraldine James and Brian Cox are interspersed with discussion with literary experts Maria Rubins and Peter Pomerantsev, together with Bryan Karetnyk, editor of the new collection Russian Émigré Short Stories from Bunin to Yanovsky (Penguin Classics 2017).

Late at the Library: Sounds of the Revolution - Join us for a night of radical sound and silent film directed by Gabriel Prokofiev with the superb musicians of the Renegade Orchestra. Echoes of Russian classical music greats are cut with sonic experimentation and electronica, reflecting the remarkable avant-garde experimentation of a century ago, alongside a screening of the 1927 film The End of St Petersburg and DJs from Nonclassical.

Tariq Ali on the Dilemmas of Lenin - Tariq Ali examines the innumerable dilemmas faced by Vladimir Ilyich Lenin, leader of the October 1917 uprising and today a widely misunderstood figure. A political and intellectual colossus, Lenin emerged from the turbulent history of Tsarist Russia and the birth of the international labour movement with great certainty in his aims.

Late at the Library: The Storming of the Library - This thrilling event is inspired by the extraordinary agit-prop Revolutionary Festivals staged in Petrograd in 1918-20. With designs by avant-garde artists and huge casts, the original re-stagings attempted to celebrate and even out do the original events, and were a great inspiration to film makers such as Eisenstein. Join us for an evening of performance, music, film and spectacle accompanied by the turbo-punk energy of our musical comrades The Destroyers and DJ Penny Metal.

Design and the Russian Revolution: Alice Rawsthorn - Alice Rawsthorn discusses the initial impact and enduring influence of the Russian Revolution on design, architecture and fashion: from the role of the Constructivist artist and designer László Moholy-Nagy in revitalising the Bauhaus in the mid-1920s to the recent emergence of a new wave of social and humanitarian designers.

This exhibition runs until 29 August. To view the full programme of Russian Revolution events visit the British Library website.