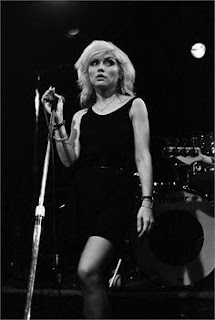 For over 20 years The Kaleidoscope Archive has collaborated with the BFI’s Missing Believed Wiped initiative in helping to recover missing British television. In the last two years they have identified significant new finds of British pop material once missing from the archive.  This new showcase is made up of a bespoke selection of recently rediscovered clips, early performances and rare complete programmes, all of which have remained unseen since their original transmission dates.

The exciting line-up includes the first UK television appearances by Cliff Richard & The Drifters (Oh Boy!, 1958) and Blondie (Granada Reports, 1977), lost episodes of the much-loved Top of the Pops (1975) and influential Colour Me Pop (1968) as well as early on screen incarnations of Rod Stewart (A Day in the Life of Rod The Mod, 1965) and Kylie Minogue (Motormouth, 1989).

It will be hosted by broadcast DJ and former Top of the Pops presenter, ‘Diddy’ David Hamilton plus a wealth of special guests to relive their experience and bring these moments of televisual pop history to life. Hamilton, who began his career in 1959, has hosted more than 12,000 radio shows and over 1,000 TV shows, working with a host of stars including The Beatles, The Rolling Stones, Roy Orbison, Cliff Richard and David Cassidy. A missing episode from ABC Television’s influential Oh Boy!, the first rock ‘n’ roll magazine show on television, is an incredibly rare survivor of 50s television pop. Rediscovered almost 60 years since it was originally broadcast, Oh Boy! # 10 (ITV, TX 15 November 1958) features the earliest TV appearance by Cliff Richard & The Drifters, with a rendition of ‘High Class Baby’, plus additional performances from Cuddly Dudley, John Barry Seven, Pat Lawrence and Peter Elliott, compered by Tony Hall. 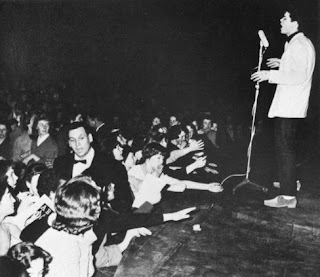 A very early example of an experimental television recording, this missing show was discovered at a farm belonging to a Blackpool fairground owner who was selling off his father’s television print collection. ABC debuted Oh Boy! in America in July 1959. Only seven shows were broadcast in total. The 15 November edition was the first episode to TX, the other six coming from the final run of the series. Could this rediscovered print be the original material which was sent to the States? See presenter Tony Wilson attempt to wrestle an interview with the irrepressible Debbie Harry, ahead of Blondie’s television performance on Granada Reports (ITV, TX 7 November 1977). This was 2 Blondie’s very first UK broadcast appearance, seen only in the Granada region, and this short interview has remained unseen for almost 40 years. The original VHS tape was found at the Museum of Science and Industry in Manchester, as part of the late Tony Wilson’s archive, donated by his son Oliver. Granada Reports often featured bands on the show but ITV have kept no copies of any editions. Missing Believed Wiped hope that audiences may be able to help the BFI and Kaleidoscope unearth some of these lost performances, and help return them to the archive.

Pop Discoveries will also screen two complete missing episodes of Top of The Pops from 1975, including the much-loved series’ landmark 600th episode (BBC, TX 9 October, 1975) and 17 July edition. Featuring some of the biggest pop stars and teen heartthrobs of the moment, these previously lost episodes include studio performances from an eclectic line up; Sister Sledge, T-Rex, David Essex, The Bay City Rollers, Susan Cadogan, Sparks and Bruce Forsyth. 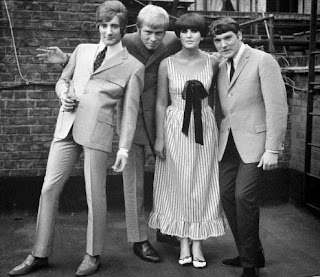 Rod Stewart fans are in for a treat with a rare complete screening of Swinging Sixties Mod documentary, A Day in the Life of Rod the Mod. Conceived as a white soul revue, analogous to The Ike & Tina Turner Revue, with multiple vocalists and styles ranging from jazz to R & B and blues, legendary impresario Giorgio Gomelsky put together Steampacket, featuring performers from different labels and managers, including Rod Stewart, Long John Baldry, Brian Auger, Julie Driscoll, Micky Waller, Vic Briggs and Ricky Fenson. Steampacket’s first appearance was as support for The Rolling Stones in July 1965. A Day in the Life of Rod the Mod, sees Stewart's "Rod the Mod" image gain wider visibility during this period, when he was the subject of this 30-minute documentary by Rediffusion (ITV, TX 2 November 1965). A few short clips have been included in a Rod Stewart night (BBC1, TX 9 July 2013), but this will be the first time the full documentary has been shown since its original transmission.

Originally broadcast from 1968–1969, Colour Me Pop was BBC2’s pioneering music programme, a precursor to the legendary Old Grey Whistle Test. Designed to celebrate the new introduction of colour to British television, the progamme produced and directed by Steve Turner, showcased halfhour sets by individual pop and rock groups of the period. Turner will introduce Colour Me Pop: The Hollies (BBC2, TX 7 September 1968), a lost classic show which he had kept on film for 40 years in his loft.

Many fans and musicians were early adaptors of video technology, responsible for taping, and hence saving, rare television performances that were either wiped by broadcasters as part of routine practice at the time to re-use tapes or subsequently lost over the years. Missing Believed Wiped will screen a compilation of rare clips and early performances that were previously thought lost, including an early clip of Kylie Minogue on Motormouth in 1989, which was wiped in 2010. Junior Campbell, songwriter, musician and co-founder of Marmalade, will introduce a lost Top of the Pops promo film for the band (BBC TX: 1970).

Other confirmed guests include Radio 1 DJ Paul Burnett who will introduce clips from his lost 1974 Top of the Pops show and Brian Tesler talking about how Thank Your Lucky Stars was created for ABC Television in 1962. Chris Perry, CEO of Kaleidoscope, will also talk about where these finds were made, the work of finding lost television, archival preservation and access to television of cultural importance for generations to come.