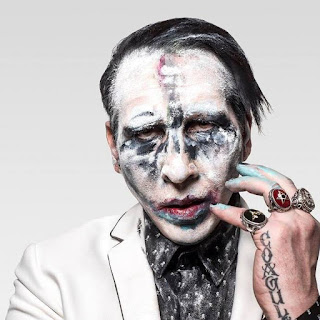 Marilyn Manson has announced details of a UK and European tour for November and December 2017...

On top of the gamut of festivals that he is playing over the summer, the new tour in November and December kicks off in Stockholm with 5 dates planned around the UK, ending up in Wembley on 9th December.


He had also recently revealed that he’d finished work on his new album, and that it would be called ‘Heaven Upside Down’ rather than ‘SAY10‘.

Speaking about the new material last year, Manson said: “It’s not very much in any way like The pale Emperor. The people who have heard the new songs said it reminded them of Antichrist Superstar and Mechanical Animals – but with a new, different approach. It’s pretty violent in its nature for some reason. It’s not emotional in the same way. It’s got a chip on its shoulder. I can’t wait for people to hear it – I think they’re going to be quite surprised.”

He added: "It wasn't my intent to go backwards. Everything goes in a full circle and it just becomes, without cannibalizing work from the past, the same thing, which is ultimately you. I'm a little over-anxious to release it, so it was done very quickly, but it's by far the most thematic and over-complicated thing that I've done. In a way, it's deceptively delightful to strangers. It's like the old saying that the devil's greatest secret is that people don't believe he exists."

The record will be released later this year, rather than the expected February date, via Loma Vista Recordings and Caroline International.


And we'll take any excuse for some archive Marilyn... anyone remember CD:UK?


Tickets are on sale from 9am on Friday 19 May