Interview - Duranies of the World Unite 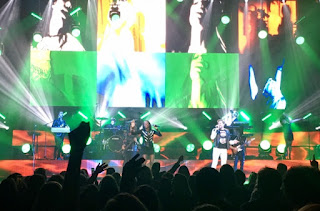 A shared love of music knows no bounds, not even an ocean can dampen the devotion of Duran Duran fans when they start chatting as this article from Steve Taylor-Bryant and Lisa Fremont shows...

Hi. My name is Steve and I am a Duranie. That’s right, I am a 41 year old man that is finally admitting my love of Duran Duran. I jest of course, I have always been honest about my musical tastes despite the ridicule that I may have received over time. However, Billy Joel aside, I don’t tend to write about bands I discovered over three decades ago but that doesn’t mean my affection for them ever dissipated. One of the great things about social media (I know right, something positive and non-trolling can occur on the internet) is finding like-minded people who share the same beliefs and values as you when it comes to music or the arts. A person I consider a dear friend despite geography meaning we have never met in person is Lisa Fremont. I first came across Lisa due to her brilliant reviews of all things horror on the site of our good friends Haddonfield Horror (read her reviews HERE), and discovered through Twitter that we loved similar things. When you are down, or just in need of entertaining for a few minutes then you’ll find Lisa actively sharing YouTube videos of Duran Duran songs from through the decades. So how did our love of the British New Romantics begin? What are our favourite songs? Find out now as Lisa and I discuss our journey through Duran Duran related Careless Memories…

Lisa – First of all, I would like to thank you for including me in such a wonderful project. At times, it can be hard to claim Duranie status. Few things sting as much as someone saying, “They’re still together?” It always brings me so much joy when you and I share our love of Duran Duran.

First song of Duran Duran you can remember hearing?

Lisa - The Reflex. I still vividly remember seeing the video for the first time and thinking it was so cool. Simon in that white jacket, Nick looking like a fierce space robot, John’s impeccable mullet, Roger’s amazing pompadour: swoon, honey, swoon! It’s a classic 80’s concert music video that has special effects: water comes out of the screen onto the fans in the arena! What?? In the 80’s this was some seriously cool shit and I was immediately on board and I’ve wanted to marry Simon ever since. Go back and watch the video if you haven’t seen it lately. It’s a perfect, little jewel box of 80’s pop. I was 8 when this song was released and John’s bass playing along with Simon’s “why-y-y-y-y” is still pure magic.

Steve – I remember Rio and the underrated (in my opinion) My Own Way being my first listens. Mum had bought the album on cassette for the car so we would have some more modern and pop orientated stuff for journeys, apparently back then I wasn’t quite the fan of Barbara Dickson that I became in later life. On the video front I remember Hungry Like the Wolf being like this epic adventure film set to music but like Lisa I think The Reflex was the biggest Duran Duran event that had occurred at the time and that video sticks long in the memory.


First song you can remember as a springboard to fandom?

Steve – Probably the same, but the video to Hungry Like the Wolf certainly helped build towards full on fandom.

Lisa - Arena. I received a double cassette player boombox for my 9th birthday and I pooled all of my birthday and saved allowance cash to walk down to Budget Tapes and Records and purchase Arena.

Steve – Mum bought Rio so if we are going to one I bought myself it would be Seven and the Ragged Tiger. I’d earned some pocket money for looking after my baby sister during a school teachers strike so went to the record shop and got Seven on vinyl and cassette.

Lisa - Notorious. The fact that they came together after a lot of turmoil and made one of their best albums speaks to the bond they share.

Steve – I've got to agree with Lisa. After such turmoil and uncertainty I didn’t know what to expect, to be fair I was only 11 or 12 when Notorious came out so expectations were never high, but hearing that opening to the title track just grabbed my attention. Add in wonderful tracks like Skin Trade and Meet El Presidente and its as close to flawless as the band have ever got.


Favourite band member and why?

Lisa - Simon. Simon forever and always. He’s so handsome, so stylish and his voice should be annoying, but it works beautifully with the band and his lyrics are beautifully strange. John is a close second, though, because he’s so wonderfully charming. I had the very unique pleasure of seeing him on his book tour where he did a signing afterwards. Can you imagine how many deliriously in love women John Taylor has met and he still greeted every single one of us like we were doing him the favour.

Steve – I have a lot of time for Warren Cuccrulio and genuinely think he added another dimension to the bands sound during his time with the group, but if we are going for original and surviving members then it has to be John. Any man in the world would want to look like John did then and age as gracefully as John is now.


The Power Station or Arcadia?

Lisa - Arcadia. No question. Few people can play the bass like Mr. Taylor, but Arcadia is an example of a band’s side project being a creative success. Simon, Nick and Roger pulled it together to make an album that still stands up.

Steve – I agree. Arcadia is pretty much a Duran Duran record in my eyes.

Lisa - Great question! Red Carpet Massacre. It’s an unpopular opinion, but I quite enjoy this album and when I saw the album art, I loved how it hearkened back to their 80’s roots while still looking very modern.

Steve – Another tough question! I like so many, “The Wedding Album” is beautiful, like Lisa I have a soft spot for Red Carpet Massacre, but I think just pipping them all is Medazzaland which is just a stunning mess. 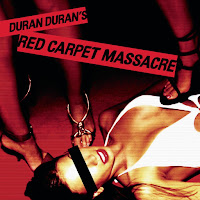 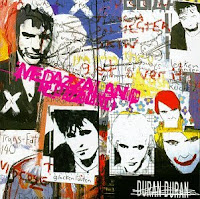 Which song lifts a mood or sets a mood?

Lisa - The Chauffeur. It can lift me up or soothe me when I’m feeling maudlin.

Steve – Notorious. That intro is still striking despite twenty odd years since I first heard it.

Lisa - Save A Prayer is the most fun because every single person in the audience sings along. You really feel part of a community. Duranies for life!

Steve – Lisa has picked a great reason for a great song, not sure I can top that but for selfish “I just love the song” reasons I’m going to pump for Too Much Information.


Why do you think the band are still going as strong as they are considering how other bands have dropped out of existence or are struggling for attention after all the years that have passed?

Lisa - They evolve, yet stay true to who they started as in 1978. They have had some seriously low points throughout their career, but they kept going. Rather than keep churning out the same thing, they adapt. They worked with Timbaland and Justin Timberlake on Red Carpet Massacre and then with Mark Ronson on All You Need is Now and both Ronson and Nile Rodgers on Paper Gods. You know a Duran Duran song when you hear it, but they manage to keep up with the changing times and that’s highly commendable. And this cannot be understated: they never shied away or became ashamed of being a “boy band”. They embraced their beauty, revelled in the excess of the 80’s and they still know that it’s women and men like me who have, quite literally, loved them for most of our lives that keep paying their bills. So many boy bands try to mature and distance themselves from a pretty boy persona, but Duran Duran matured and let us do it with them while still eliciting those wonderfully giddy feelings.

Steve – They haven’t taken the piss out of their fans. They were pretty pop boys in the ‘80s and garnered their audience but as the audience grew older and matured so did the band. They didn’t rest on their laurels and keep churning out The Reflex or Wild Boys, they evolved, they experimented, they matured and we all matured with them. I cant think of another band from the ‘80s that would still be such a force that Ronson, Timbaland et al would queue up to work with them, can you?