Feature - Guitarists on the Tube of You 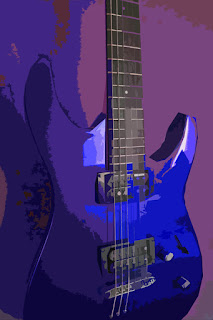 Not to be confused with putting musical instruments into office stationery slicing machines for fun, Romeo Kennedy finds some of the best guitar shredders on the interwebs...

Sometimes when I can't sleep, I like to peruse Youtube and watch a healthy amount of music videos which has lead me to the incidental discovery of Youtube shredders.

Now I am an okay(ish) guitarist/bassist myself (sometimes. Maybe) but I have never been much of a shredder. Sure, I have always loved listening to the virtuoso guitarists Vai, Malmsteen, Macalpine et al but I have never been nor will I ever be anywhere near that amount of skill, nor will I even get anywhere close to the amount of skill that the featured guitarists have in this article. But that's cool because, despite all that, they inspire me through their art and skill.

It all started when I came across a metal cover of Adele's Hello by a Norwegian guy called Leo Moracchioli, whose Frog Leap Studios channel sees the multi instrumentalist do many metal covers of well known pop songs. The videos look really cool with some lovely camera angles and Leo's arrangements are really smart. Leo is a very talented musician and producer.

Then from the suggested videos, I discovered the Jared Dine-verse.

Jared Dines plays drums in the band Rest, Repose (check them out) who I predict very good things for.

Videos like 'Does It Djent?' shows off Jared's Djent guitar skills. And his acoustic cover of Doris by Suicide Silence is actually better than the original.

It is also worth mentioning that on Jared's YouTube channel you will find ShredWars which features Jared going axe to axe with other YouTube shredders some of which will be mentioned in this article.

Such as Sarah Longfield.

What is there to say about Sarah Longfield, other than bleddy hell. Her technical ability is pure symbiosis of human and guitar. Two handed tapping, sweep picking with such precision is really a joy to watch. Again, Sarah Lomgfield is an accomplished Djent guitarist (Check out some of Sarah's Djent covers especially C.A.F.O by Animals As Leaders and her own original compositions such as Salient Voyage) but also immensely proficient in other styles. Also the Strandberg guitars that are featured in her videos look and sound awesome.

And look out for her ukulele-metal cover collab videos with yet another multi-instrumentalist and shredder Rob Scallon.

Rob Scallon's videos feature many collaborations, most of which are quite giggleworthy. One of his recent videos is a terrific plucked cello cover of System of A Down's B.Y.O.B in the middle of a restaurant. Rob also has banjo covers, harp, and sitar metal covers on his channel.

But does Rob Djent? Yes of course he does.

Which leads me on to Steve Terreberry, whose metal comedy videos see the YouTube Shredder call up scamming companies and blast metal to them, parodies of the many and various subgenres of metal i.e How To Be Power Metal, and other such delights.

Steve Terreberry is an all rounded metal guitarist with a penchant for the more quirkier music/comedy vids for example taking a song putting into a translator and re-translating it back into English and with hilarious results.

Frank Zappa once posed the question, does humour belong in music?

Well of course it does Frank.

Where are the Brits? I hear you ask across the shredtopia. Introducing Rob Chapman and Rabea Massaad, guitarists in the band Dorje (check them out) Rob is also the frontman and has a seriously good set of pipes on him as well as being a very talented guitarist and the founder of Chapman guitars.

Rob's videos focus on lessons, and gear demonstration for Andertons Music. His lead playing is fast and furious with a lovely crisp metal tone.

Rabea Massaad does similar videos but also shows budding guitarists how to sound like Zakk Wylde et al without breaking the bank. Rabea has a very rhythmic style of lead playing which can be seen in the ShredWar video alongside that Dines fellow. Rabea is also the guitarist of Toska

Of course there are more on that there YouTube some of which I have only just come across but haven't yet checked out their videos. People like, Angel Vivaldi (Seriously, how cool a name is that!)

And then there's 331ERock who it would seem is also a fan of merging Star Wars and metal together and whose name also suggests that he is a shredding-droid of some sort.

Its wonderful to see that YouTube is a hub and launchpad for many talented musicians.

The shredders I have mentioned are all truly wonderful to watch do what they are passionate about. I would highly recommend checking them out be ye a guitar slinger or nay.

And who knows, hopefully they will inspire you.