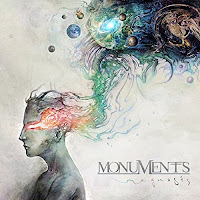 Monuments is an amazing British Progressive Metal band. Sharing similarities with Periphery, Meshuggah, Tesseract, The Haarp Machine, and other bands of the like, Monuments presents a full frontal assault of polyrhythms, screaming, singing and heaviness. I have been a fan of this band since I was first given 2012’s Gnosis. I would love to see them live but have never had the chance. This song in particular is a great entry for the band. It has a ton of tasty licks, great groove moments and more than its share of impressive instrumentals. If you want to check out Monuments, start off with this track and enjoy the heavier side of progressive music. 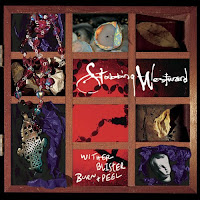 Wow, talk about taking it way back. Stabbing Westward was a band I became a fan of after hearing the single “Save Yourself” in the film Urban Legends in 1998. If you have never heard of Stabbing Westward before, picture a slightly more radio friendly version of Nine Inch Nails and you may have a decent idea of sound. This is their first major release and contains a lot of classic songs but as an introduction, “Slipping Away” is a pretty good jumping on point. If you really want to enjoy the band and like this song, do yourself a favor and pick up 1998’s Darkest Days because that album is a damn masterpiece. This song will take you back to the mid-90’s for sure! 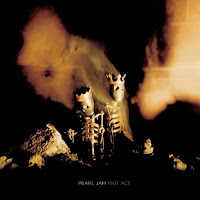 Let’s take a break from the heavier side of things and delve into my second favorite band of all time: Pearl Jam. Say what you will but they have survived for over twenty years, churning out consistently good music and are also fronted with arguably one of the greatest lyricists of all time. This song, from their 2002 release Riot Act is a simple, acoustic song talking about a man who, from what I can tell, is missing someone he loved very much. Thumbing is a great reference to hitchhiking and there are some incredible lines in this song like: “I let go of a rope, thinking that's what held me back and in time I've realized, it's now wrapped around my neck. I can't see what's next, from this lonely overpass. Hang my head and count my steps, as another car goes past.” So, so good. Check this out and then delve back into your Pearl Jam catalog. Almost all of us have one and if you don’t, there has never been a better time to start one. 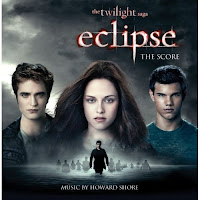 I get a lot of shit for watching and enjoying The Twilight Saga. Before you discount me, here me out. I know that they aren’t good and I know that the books aren’t incredible or anything, but I have accepted that and I enjoy them for what they are. Maybe it is my weird fascination with vampires or my strange affinity for teen romance movies but I enjoy these. I wouldn’t really call them a guilty pleasure either because I am not embarrassed. I like what I like. That being said, this score is incredible. You can hate on the movies all you want but what you can’t argue with is the sheer genius that is Howard Shore. I mean, he composed for The Lord of the Rings franchise. This song is tense and it builds over the course of the piece with quickening and slowly increasing strings to really hammer home the intensity of the work. Once again, even if you don’t want to watch the movie (I understand, truly I do), do yourself a favor and check out this score. It is definitely worth it. 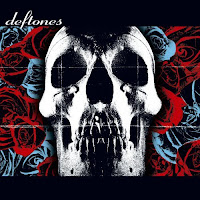 Let’s end on a high note! Deftones released their first album in 1994 and were a pretty big purveyor of the original Rap Rock scene that emerged around that time. Since then, they have altered their sound and have become one of the most diverse bands in music today. In 2000 they released their masterpiece White Pony which still holds up today as an amazing record, incorporating metal, ambience, pop, r & b, and rap. After that, they followed up with a much heavier record, their 2003 eponymous release. This song is from that album and begins like a lot of Deftones songs—mellow chords that build to HUGE chords. If you haven’t ever really listened to them before, this song does a great job of showcasing the simple power Stephen Carpenter can get out of his guitar. The chords sound ten feet tall and the song jumps between these huge choruses/verses and heavy, sporadic interludes. Check this out, and then fall in love and buy everything. They are definitely a band you can fall in love with easily.