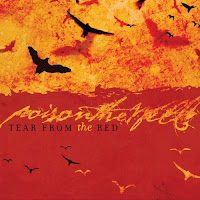 Poison the Well is an amazing and influential Hardcore band from Miami. They were one of those bands I discovered when I was a sophomore in High School and heavy music wasn’t really my thing. They were the very first band I heard that mixed screaming and singing in this way since Deftones. This album was a transition for the band and they were able to maintain their heavy vibes while really delivering some melody. It seems as though Poison the Well is a band many have heard of but few have really listened to so if that is the case for you, I definitely recommend checking out this song. It isn’t exactly like their music but it is a great start for a band this prolific. 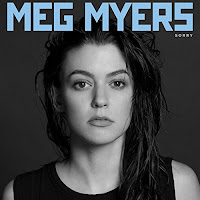 Meg Myers is amazing. There are few words that describe her better than this. She is like a Fiona Apple for this generation—a compliment that I know is a hard line to cross but is definitely deserved. I did with Meg Myers what I have only ever done with one other band (Coheed and Cambria): I heard one song (this song actually) and I immediately bought everything she has ever recorded. The music is a weird mix of piano, guitar, punk rock driven beats, triphop, and basically everything else. Her delivery is incredible and passionate and resonates on so many levels. This song really works well as an introduction because it has her powerful vocals, is very sexual (think Fiona Apple’s “Criminal”), and the music is entrancing and driving. The guitar solo has the perfect tone and feels like it was ripped from a Soundgarden b-side. Do yourself a favor and listen to Meg Myers. Yes she is very beautiful but her music speaks for itself. 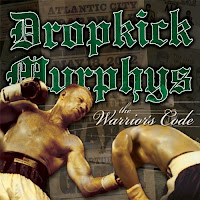 The Dropkick Murphys are so much fun to listen to. They have been around since 1996 and fill that small niche of Celtic Punk only really occupied on a large scale by Flogging Molly. They really broke on a huge scale when their song “Shipping up to Boston” was used in Martin Scorsese’s The Departed but their fan base has been around long before that film. This song is a fun, strangely Irish sounding punk song, mixing electric and acoustic guitars with classic punk vibes. I really enjoy the Dropkick Murphys because they are so much fun to listen to. They just make you feel good. 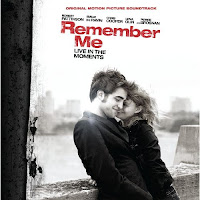 The movie Remember Me was one of my favorites of 2010. It received a lot of slack from critics because 1) it starred Robert Pattinson and they said he is terrible and 2) some took its ending as exploitative. Both of these statements are inherently false. I loved this movie. I thought it was a powerful look at the destruction of the American family. Pattinson was great (as he usually is in everything except Twilight). The music for this movie is incredible. It is moving, piano-driven, and has an overarching melancholy that pervades the entire film. If you haven’t seen the movie, please do so, and when you watch, pay special attention to the score. 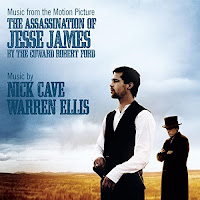 5. Nick Cave and Warren Ellis – “Cowgirl”
Track 5 on The Assassination of Jesse James by the Coward Robert Ford (2007)

It looks like we are finishing off the list with yet another of my favorite film composers. Nick Cave and Warren Ellis have worked together on a few wonderful scores (The Road, The Proposition) and this score is just as strong. Cave and Ellis really capture the old West, especially with songs like this one. It is just a guitar, bass, and fiddle, but you are really treated to the feeling that you are in a saloon somewhere and that Jesse James may just walk in at any moment. The entire score is very moving and in between the serious melancholy and sadness of the work there lies little immersive gems such as this song.