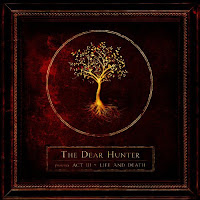 The Dear Hunter is a band that you NEED to listen to. Most people are not aware of them or their music but I cannot recommend them anymore—especially their first three albums (Acts 1, 2, and 3). They are an amazing progressive, concept laced band filled with amazing guitars, drums, and alternate instruments (horns, strings, etc.). They have so much energy and the music is complex and beautiful and catchy. The thing that stands out most of all is the unbelievably passionate delivery of Casey Crescenzo as he belts our wonderful lyrics and a story to rival most other concepts out there. I don’t want to ruin the story for any of you who are wishing to experience the Dear Hunter in its entirety but suffice it to say that they are incredible. The music is a wonderful mix of rock, progressive, and strangely vaudevillian vibes and that leads to something wholly original. You owe it to yourself to give them a shot. Start with Act 1: The Lake South, the River North and I promise you will not be disappointed. 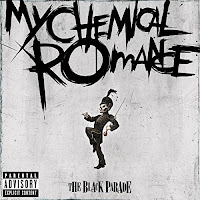 I feel like I am back in my young adult days, listening to My Chemical Romance and screaming every word. This is one of those bands that gets lumped into the emo/post-hardcore genre and so therefore gets passed over regularly. My Chemical Romance deserves a fresh listen if you have never really given them a chance. Yes, they came out during that genre explosion but like bands such as Taking Back Sunday, they deserve a closer inspection. My Chemical Romance was always more musically solid than a lot of the bands to come out at the same time and Gerard Way’s incredibly unique vocals elevate the band. In fact, if you want to listen to something amazing, their Welcome to the Black Parade album is basically a punk-pop Queen album. This song isn’t as epic as others on the album but it still delivers the way only My Chemical Romance can. 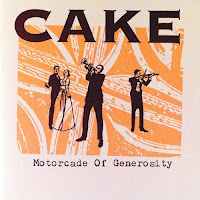 Have you ever heard something so unique that you were never really sure how to process it? Cake was that band for me. I first heard of them when a good friend of mine, Brady McCluer showed me their second album, Fashion Nugget. They are a strange mix of funk, country, and ska and I love them so very much. This song comes from their debut album and it is a pretty solid representation of their sound. The drums are laid back, the guitar is constantly moving is a very south-western style, the bass is funky and walking, and the trumpet is, as always, playing a large role in the sound. The vocals are a weird mix of talking and pseudo-singing that only Cake can really seem to pull off. This album is a good start but if you want to really fall in love with the band, Fashion Nugget is worth simply buying without even a preview. 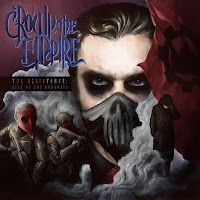 I have had the pleasure of seeing Crown the Empire live three times and they have never disappointed. I reviewed their show at last year’s Warped tour and cannot shower them with enough praise. They are a wonderful mix of metalcore, industrial, electronic, and weird cinematic noise and feeling. They mix screaming and singing and even their live shows are incredibly cinematic. They have great riffs and their choruses are usually soaring, sounding huge. They are intense and their albums tell a concept story about a destroyed world and the warring sides that are fighting for control. This song is the first single off of their second album, and while that album is not as amazing as their first, it is still pretty solid. If you like cinematic and heavy music, give Crown the Empire a chance. I picked them up on a whim a few years ago, before ever hearing them, just because I really liked the cover art of their first album. I am so glad I did. 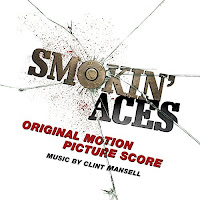 This is a great track to end today on. Clint Mansell is by far my favorite movie composer. His work on The Fountain, Noah, Smokin’ Aces, Black Swan, and many others is the reason why I have declared that if I ever make a movie or have someone just simply score my life, Mansell would be that person. This song comes from the climactic scene in 2006’s very underrated movie Smokin’ Aces. The scene is crazy intense and shows some serious acting chops from Ryan Reynolds. The song builds slowly on itself until by its end, the music is pushing forward and telling you something important and life-changing has just occurred. The movie is worth a watch but even if you don’t want to do that, pick up this soundtrack because the music is incredible.