Turn That Noise Down - Danny Wilson 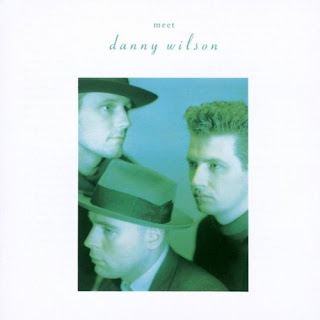 So many well-known albums turn 30 this year and Steve Taylor-Bryant and Susan Omand travel back to 1987 to revisit some of the sounds of their youth that made parents shout "Turn that noise down!" This week, Susan Omand remembers Meet Danny Wilson, released on this day, April 6th, 1987...

No, he isn’t actually one of the band. He’s not even a real person, at least not in this context. With a name taken from a Frank Sinatra film, after the estate of Spencer Tracy apparently complained about their first choice of name, Danny Wilson was a Dundee band formed by Gary Clark, his brother Kit and Ged Grimes, who went on to greater things and is currently the bass player for Simple Minds. Signed by Virgin records in 1986, they exploded on to the Scottish mainstream music scene in 1987 with this, their debut album.

There was only one single off this album but, boy, it was a biggie. Mary’s Prayer has been featured in several film soundtracks and covered various times since (even by Jason Donovan...) but, in 1987, you couldn’t switch on the radio without hearing the track. At least in Scotland. But what of the rest of the album?

There’s a unique sound to Danny Wilson’s music but with hints of other artists either before or since, depending on how the direction of influence flows. For example, the track Aberdeen could so easily be a song by Divine Comedy and there are definite Bowie-esque traits to the vocals on many of the tracks, especially in Lorraine Parade, Broken China and Five Friendly Aliens. Gosh, I had forgotten how good Clark’s voice was. The distinctive “sound” of Danny Wilson, for me, though comes from taking the keyboards a lot more front and centre than was usual in bands at the time, who tended to emphasise the guitar and rock drums thing. This is backed by a smooth, almost jazz-like brass and percussion, keeping most of the songs light and upbeat enough to require at least some head bopping if not full-on chair dancing while I relistened to the album to write this.

Yes, it’s pure pop music, but so what? The mere fact that it bears up so well as an album after 30 years is testament to the talent in the band and the songwriting of Gary Clark. Although they never reached such dizzy heights again, what people need to remember is that there’s so much more to Danny Wilson than the “one hit wonder” status bestowed by Mary’s Prayer would have you believe.