Turn That Noise Down - The Cult 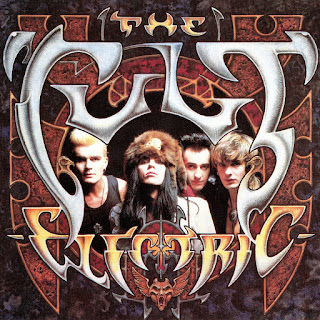 So many well-known albums turn 30 this year and Steve Taylor-Bryant and Susan Omand travel back to 1987 to revisit some of the sounds of their youth that made parents shout "Turn that noise down!" This week, Steve remembers The Cult, Electric released 30 years ago this month...

"Having trouble with my direction
Upside down psychotic reaction"


There is something immensely satisfying about listening to a record by The Cult. I don't know whether it's the constant driving force from the bass and drums that is a lot less pronounced than with some bands, which proves that often less is more, or it could very well be the dirty unrefined guitar sound that Billy Duffy produces. It could even be the unique vocal style of Ian Astbury that more than once over the years has led me to miss hear a lyric or two. To be honest it's probably all of the above and I think the satisfaction comes from knowing that it doesn't matter which record I'm listening to I will get The Cult.

The early albums were a fantastic introduction into UK rock music for me as my tastes even at the young age were quite American. Which leads me to Electric. It's produced, I'm told by folks I trust, in a cleaner way and, along with Rick Rubin on the buttons (seriously, I'm a drummer. I don't know what that desk looking thing is for) Electric and its follow up, Sonic Temple with Bob Rock on twiddly things duty, helped The Cult break into the US market. That's no mean feat.

Whilst I love Sonic Temple, mainly as one of my heroes in Matt Sorum was on drums, Electric and its slight move from the more gothic sounding predecessors is still my go to comfort listen. Wild Flower is a perfect way to open an album and tracks like Aphrodisiac Jacket, Peace Dog and King Contrary Man fill the record with some real energy. Stand out tracks for me though, and songs I've played live in the past with various bands, are Lil' Devil and Bad Fun but it's Love Removal Machine that holds the best for memories for me.

April 1987 truly was a glorious month and it's probably this record that helps me remember my past with rose tinted eyes.