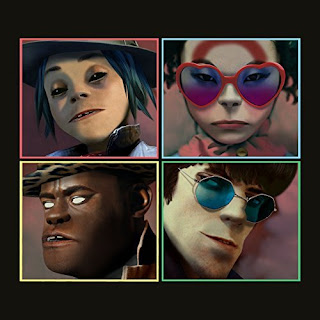 With the new album out on Friday, listen to the latest song released by Gorillaz...

How many guest artists can you throw at a Gorillaz track? Well, in this case, three. As well as the usual animated awesomes, we have the ubiquitous Human himself, Rag n Bone Man, the "Lauryn Hill of the UK" (at least according to BBC 6 Music) Ray BLK, who won the Best Newcomer award at this year's MOBO's, and "dark and unsettling" American rap star Zebra Katz. Ooookay then.

But if you want to own this song as part of the album you'll need to buy the deluxe version of Humanz which comes out on Friday.  Yes it's a bonus track, one of FIVE extra tracks that make the difference between the standard and deluxe versions of the album. But event he standard version looks to give you your money's worth with 14 "proper" tracks and 7 Interludes.

So does The Apprentice get hired or fired? Let us know what you think.