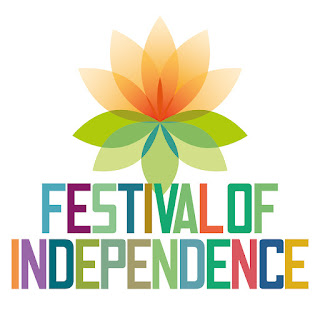 Shakespeare’s Globe has announced the Festival of Independence...

Honouring those who have fought for independence, and those who continue to do so across the world today, and curated by award-winning playwright Tanika Gupta MBE, the festival aims to shine a light on struggles for personal, political and artistic freedom, and includes theatre, music, poetry and dance.

It features a world premiere of Gupta’s new play Lions and Tigers, directed by Pooja Ghai, in the Sam Wanamaker Playhouse. The festival will also feature a one-off gig in the Globe Theatre by Mobo award-winning Nitin Sawhney, a new production of Vijay Tendulkar’s revolutionary play A Friend’s Story directed by Akash Khurana, and an evening of words and music in the Sam Wanamaker Playhouse with Susheela Raman, William Dalrymple, Sam Mills and Pirashanna Theverajah.

Based on the true story of her great uncle and freedom fighter Dinesh Gupta, and marking 70 years of Indian independence, Lions and Tigers runs from 23 August – 16 September in the Sam Wanamaker Playhouse. Set against the backdrop of negotiations between the leaders of the Indian National Congress, the play charts the emotional and political awakening of the 19-year-old Dinesh Gupta, as he is pitted against the British Raj. Gupta’s play is rich with details from her grandfather’s 500 page handwritten journal, along with the 92 letters written by her great uncle from his prison cell.

On 20 and 21 September, the Sam Wanamaker Playhouse hosts Akash Khurana’s new production of Vijay Tendulkar’s revolutionary play, A Friend’s Story, which elicited significant public reaction when it was first performed in India in 1981. Set in and around a college campus in the Poona of the 1940s, A Friend’s Story is about three students in a complex love triangle. The play explores a theme that was still considered taboo at the time – that of two people of the same sex being in a romantic relationship. As we mark 50 years since the de-criminalisation of homosexuality in the UK, this play is a timely reminder of how far we have come, and how far we still have to go.

Along with these new productions in the Playhouse, the festival features several unique musical events. On 21 August, Mobo award-winning Nitin Sawhney will play a one-off gig in the Globe Theatre. Firmly established as an album artist, world-class producer, songwriter, DJ, multi-instrumentalist, orchestral composer and cultural pioneer, Sawhney has become a latter-day Renaissance man in the worlds of music, film, video-games, dance and theatre. After 2016’s acclaimed performance at the Royal Albert Hall and a sold-out 3 day residency at Soho’s Ronnie Scott’s, he reassembles his band of first class musicians to play work from his extensive repertoire.

On 7 June the Sam Wanamaker Playhouse hosts How Many Roads?, an evening of itinerant words and music by William Dalrymple and Susheela Raman, with Sam Mills and Pirashanna Theverajah. In their lives and work, writer William Dalrymple and singer Susheela Raman have both found unique ways of linking India, the UK and the World. Both were born in the UK; Dalrymple lives in India and has become one of its best-selling resident authors, while Raman lives in the UK and was born to South Indian parents in London, and is known as one of the most creative musicians in the global Indian diaspora. The evening includes readings and music shaped by their complementary and contrasting perspectives, and they are joined by London-born guitarist Sam Mills, and British virtuoso of South Indian percussion Pirashanna Theverajah.

Find out more and book tickets on the Theatre Website