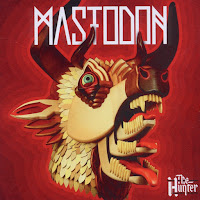 I have been a fan of Mastadon ever since I heard the opening riff to “Blood and Thunder” from their 2004 release Leviathan. They were introduced to me by a good friend of mine, Matt Lawson, and I have loved pretty much everything they have released since. They are a progressive metal band with a unique blend of metal and rock that reminds me of an incredibly heavy, more technical blend of CKY and Queens of the Stone Age. That isn’t a very good description but it will work for my purposes here. This song is immediately aggressive and with its constantly driving rhythm, the music propels you forward into its depths. I can sit back and listen to this entire album start to finish, but then again with Mastodon, that is pretty well true of everything they have released. Constantly evolving and shifting song structures help to keep this band interesting and those adjectives also apply to this song in particular. This is the first band to be repeated on the Monday Motivation Shuffle (see the previous entry here). Bringing back the New York hardcore scene yet again are politically motivated Stray from the Path. The song begins with remnants of early Korn and Rage Against the Machine, the latter of whom the group is most readily compared to. This song, like most of their others is incredibly aggressive but unlike a lot of their other work, this song feels very personal. It appears to be about a failed relationship but in the classic Stray from the Path style, you can feel every ounce of Andrew Dijorio’s rage. Constantly repeating the phrase, “It’s only a lie if you believe,” he lets us know just what a toxic relationship he is embroiled in and how necessary it is for him to escape for his own wellbeing. This is a great song to simply be pissed off to. 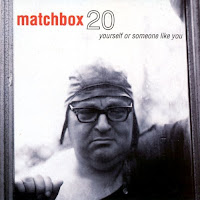 Evidently my iPod thought that I needed a break from the heavy and sent me back to my twelve-year-old self. This album was huge and it was a great introduction to a band that would blow up. Launching the band and especially frontman Rob Thomas to instant fame, this album ended up selling twelve million copies in the US alone. “Real World” was the fourth of six singles off this album and it is quite a nostalgic trip for me. It is poppy with just the right amount of rock edge. The lyrics are pretty solid and from what I can remember, the music video was awesome. If memory serves me correctly, there is a Camel somewhere too. Either way, I love this song and honestly, this is one of those landmarks in pop rock that emerged after grunge was wearing away. Enjoy this blast from the recent past. I think I may just go listen to the entire album now. 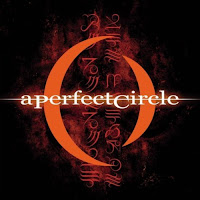 Another alumnus from the Monday Motivation Shuffle is A Perfect Circle, side project of Tool singer Maynard James Kennan (see the previous entry here). I’ve said this before but I have to restate that as a younger man Tool was preferential for me but as I have gotten older, APC just seems to pull ahead in the race. Both bands are incredible so there isn’t really a need for argument between the two but anyone who has ever been on the internet knows that people will always find something to argue about. This song begins with picked acoustic strings, somewhat dissonant and with just enough reverb to add an almost unsettling quality to the sound. There are no lyrics, just a chorus of voices singing notes here and there. The music is very reminiscent of a pared down orchestra with percussion coming in the form/style of timpani. This song is a great transitional piece on an amazing debut album. 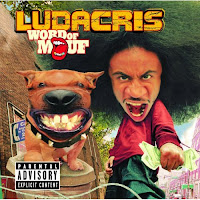 This marks another first for this last as my list makes its first foray into Rap. I have somewhat of a love-hate relationship with the genre. I enjoy incredible lyrics and the skill it takes to stream together multi-syllabic rhymes and syncopated delivery. Flow is huge for me and so modern rap, at least on the mainstream side, has always been somewhat throwaway for me. With that being said, Ludacris has always been a favorite of mine. He has a certain flow and style that make him addicting to listen to and his work is funny and sometimes complex. His delivery is really what takes it home for me because he has a certain style that is easily recognizable. This song comes off of my favorite of his albums and the entire album is definitely worth picking up. On another upside, Ludacris is actually a decent actor as well, especially the episodes he was featured on Law and Order: Special Victims Unit.