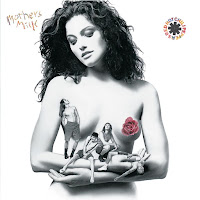 This song takes me back to a time when I really, REALLY enjoyed the Red Hot Chili Peppers. Granted, it was probably over a decade past the release date of this album but I was a young pup just learning how to play guitar. My best friend at the time, Brady, had picked up the bass at the same time I was trying to master the guitar, only he was much more musically gifted than I could ever hope to be. While I was learning how to play Nirvana and Bush songs, Brady had already learned how to play through most of Flea’s repertoire. This was one of those songs he played for me and it is so much fun and so indicative of the Red Hot Chili Peppers who, when listened to now, are basically unrecognisable. Not only is this song funky and rocking, it also has a twinge of nostalgia for me. For my money, this is the Chili Peppers that I will listen to. 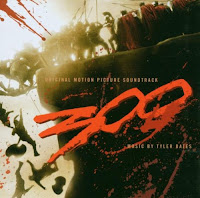 After all of that funktastic fun, a little middle-eastern instrumental music seems appropriate (I guess?). This song is a little more mellow than the rest of the album but it still has its moments. If you have never seen 300, do yourself a favor and check it out. It is a great representation of the comic and the music by Tyler Bates is phenomenal. I love this song because it still has those driving drums but is much more relaxed and sensual than other tracks on the score. 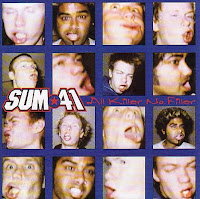 More nostalgia! Sum 41 emerged on the major scene in the early 2000s, around the same time as other pop punk bands. Luckily, they presented some slightly different elements which helped them to last until the present. This song was their first single and it is as Pop Punk, early 2000s as anything in existence. There are liberty spike-sporting punk kids, skateboarding, sagging pants, BMX riders, white-rapping and adolescent insults. Don’t think that I am saying these things as insults though. I love this song and not only is it fun but it perfectly captures a certain time in my upbringing and for that reason, I will never not crank the radio when it comes on. 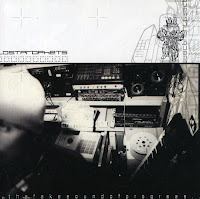 I stumbled across Lostprophets in 2001 and instantly fell in love with their first release, The Fake Sound of Progress. It was very different from a lot of what I had heard before and this album became a staple in rotation for me for probably three years. This song is the end of the album and presents a strong post-hardcore style but if that were spliced with early My Chemical Romance, Coheed and Cambria, and Linkin Park. Sadly, I can barely listen to it anymore after the disturbing turn this band took when news broke about the singer’s certain…"proclivities." It is too disturbing to write here so go research if you want to. Unfortunately for an album that was so inspirational for me growing up, it’s almost unlistenable now. 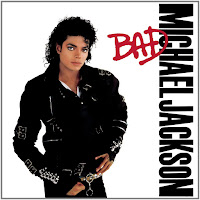 And from one sad story to another, although I don’t feel as strongly about Jackson as I do about the singer from Lostprophets. This album was landmark and no one can deny that Michael Jackson was the fucking man. This song is mostly bass and drums with a great edition of funk-style guitar and 80’s synth. Complete with Michael Jackson’s brilliant vocals and strange, yet enduring utterances, this song and album as a whole further solidify his reign as the King of Pop. A title that he will never lose and with good reason.