Turn That Noise Down - U2, The Joshua Tree 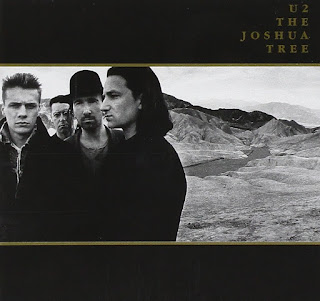 So many well-known albums turn 30 this year and Steve Taylor-Bryant and Susan Omand travel back to 1987 to revisit some of the sounds of their youth that made parents shout "Turn that noise down!" This week, Steve remembers U2's album The Joshua Tree, released in March 1987...

It seems strange listening back to The Joshua Tree after all these years. For some people, they stopped being fans of U2 from this album on, the band became huge global stars and many felt that the spirit of earlier offerings like Boy and the sublime War had been lost. I continued to love the band up to and including Achtung Baby (my favourite album after War) but in 1993 Zooropa was released and the band lost me. I occasionally listened to the odd track in the following 23 years but my love of the band never reignited. Going back to the earlier stuff now, as a middle aged man with some life experience, is an actual joy. I found myself surprised at how well the songs hold up and dreamed of a music industry in this modern day that released such fine records.

All the hits that used to fill the radio waves still make me bop my head, Where the Streets Have No Name and I Still Haven't Found What I'm Looking For in particular, and it's still impossible despite the two decade break to not sing along to With or Without You. As with most recordings though it's those unreleased album tracks that interest me. The ones with a message that at the time might not have got you the airplay you needed. Tracks like Red Hill Mining Town, a reaction to the miners strikes and political fallout of the 1980's, and In God's Country are still an quite epic listen. The harmonica at the start of Trip Through Your Wires still gives me goosebumps and Mothers of the Disappeared is a beautiful piece of music. Stand out track on The Joshua Tree, and one of my favourite songs in the entire U2 catalogue, though is still Bullet the Blue Sky. The band had been political before so another track about a governments forceful military intervention in another country wasn't a surprise but even though this was written particularly about the US interference in El Salvador the song still resonates in today's world. It's also just a really bloody good rock song, one that live takes on a life of its own.

It's been thirty years since The Joshua Tree was released and twenty five years since I considered the band both great and relevant. With the album being toured and played in its entirety again this year, I can only hope the band see how much love we older folk have for their older writing and maybe it'll spark a revival in their new output.