SotD - Bach to the Future 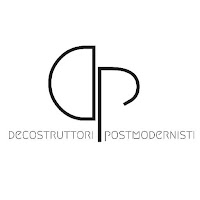 The Maestros of classical music with added Theremin are Bach... er... back as Decostruttori Postmodernisti release their interpretation of Jesus Bleibet Meine Freude...

We're huge fans of Decostruttori Postmodernisti here and have mentioned them several times before, with their unique takes on Tchaikovsky and Satie, so it was with much excitement we saw they were Bach, with a visitor getting a pizza the action. [I apologise profusely - these puns will become clear soon. Ed.]

In case you haven't heard of them though, they are four professional musicians from Italy who claim to be "Less classical than Paganini, more numerous than Igudesman & Joo, less brass band than Mnozil Brass Band" and their performance is almost as much about the video as it is about the music, this is post modernism at its finest!

This time, we get a well known baroque piece that you will definitely recognise from Johann Sebastian Bach's cantata BWV 147, here's "Jesu, Joy of Man's Desiring", or "Jesus Bleibet Meine Freude" for the purists. And the pizza? I think we can safely say it wasn't Four Seasons topping. Watch the video...